Production was -10% in 2020, a very strong result. The total* of just under 8 million was the lowest since 2011 but the changes from year to year are slight, so we're not talking large variances here.

Asia is the leading region for production with 67.5% of the total. Japan is the largest of that with 54.8% of the 5.3 million units. China grew but still only had just under 29%. Production in North America is led by the USA with 1 million units and 63% of the region's contribution.

Europe was down 13%, with Turkey (32%) and France (28%) accounting for 60% of the region. Brazil and Argentina are the two South American producers while South Africa dominates that continent. 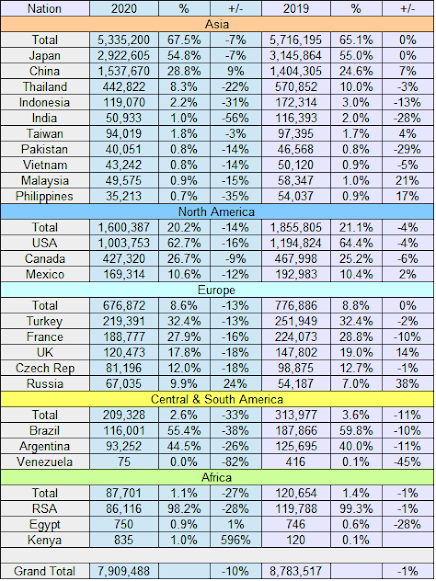