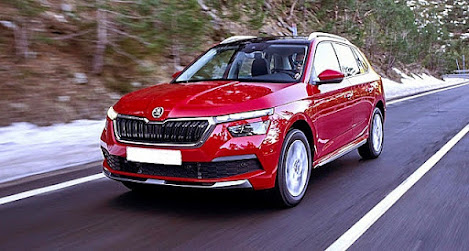 Bosnia-Herzegovina has had a long and at times infamous history. One major event that took place here in more recent times was the assassination of Archduke Franz Ferdinand, which proved to be the catalyst for what became known as World War I. Bringing it down to very recent times, it was the location of a terrible war, as the former Yugoslavia fragmented into different nations.

In 2020 it is an independent country with a population of about 3.3 million and nearly 7,000 passenger cars were sold here, down on the usual 10,000 as the pandemic disrupts economies. Registrations were -32%. The list below has green for increase, pale blue for sales reduction but market share improvement. Yellow is down in both cases.

Škoda is the leading brand, with a 20.5% market share, followed by VW, Dacia and Renault. It was a good year for most premium marques, with Audi the best selling and now up to 8th place. Both Opel and Ford have been traditionally good selling brands here but as with many other countries in Europe pulling back on the volume. 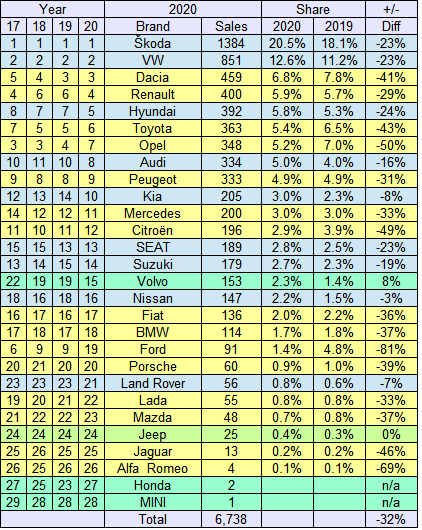