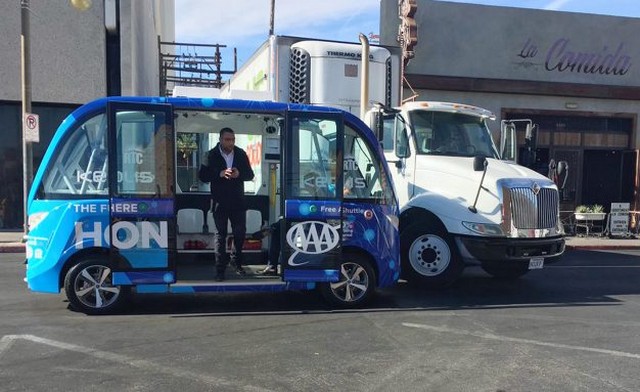 Those behind the autonomous car industry are a defensive bunch it seems to me. They have been putting cars on the road in real world situations to learn how to deal with it. Some of the results are less than impressive.

A while back a man driving a Tesla car was killed when it slammed into a truck while using its autopilot function. It was claimed that the driver was watching the movie at the time (this was strongly denied by his lawyer) and that he didn't have his hands on the steering wheel. Therefore Tesla seemed to take the stance it was driver error.

However, a safety agency report said Tesla’s Autopilot design also contributed to the accident. The 'autopilot' function was not designed to stop if a truck was crossing in front of it. The agency also recommended that vehicle manufacturers and federal regulators take steps to ensure that more advanced automation isn’t used in situations it’s not designed for.

Calling it autopilot is just plain stupid and dangerous if the driver cannot take his hands off the wheel at any time. That isn't autopilot. The system's inability to notice the dangerous situation unfolding surely means it wasn't ready to be put to use in a car. OK, the driver was trusting the system too much but to have to have your hands constantly on the steering wheel makes the autonomous system pointless.

In another more recent case, a small self driving bus had been put into operation and almost immediately was involved in an accident. A tech writer on board stated the truck driver couldn't see the small bus as he reversed into the space he required (see pic above). The accident was quickly described as human error.

However, what surprised me was how this machine was allowed to operate outside its play pen. There was plenty of space behind the pod to reverse into to avoid the slow motion scrape, but no it just stopped. Like a rabbit caught in headlights. It could have sounded its horn to warn the truck driver of its presence, but such a basic feature wasn't in its defensive arsenal.

My take: The move from basic to advanced autonomy is a long road, perhaps an impossible journey for human technology to ever pull off while unpredictable scenarios are part of the equation. True, failures are part of any learning curve. However, the speed to deflect any criticism away from the technology is disturbing. It may be to avoid negative publicity but to do so also come across as arrogance. Its a belief that technology is our future, a god we must trust in to take us to a better world. Yeah, right. All I can say is dreams are free.

Part one can be found by clicking here.
Posted by RayCee at 08:15