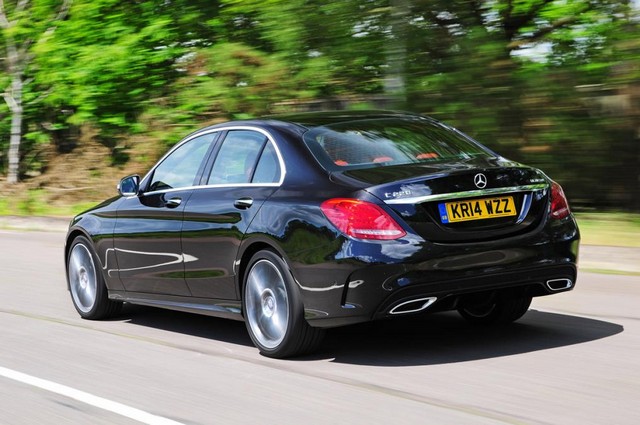 This is an unusual category, with the C-Class and E-Class lumped together. Still, it does avoid yet another segment. Maybe with the gap between premium and mainstream now quite close they could be joined together but for continuity sake, it is what it is.

This is a popular area for the three pointed star as the two above mentioned models are for the most part 1 - 2. The 5 Series and A6 occasionally try muscle in on the leadership but have been largely unsuccessful. The Jaguar XF has been making an appearance lately but it does need a shooting brake variant although that still wouldn't take anywhere near the top.

The 100,000 sales mark is passed repeatedly and of late quite easily. There must be plenty of well heeled in the UK, especially the home counties. The category accounts for just under 5% of all sales.

For others in the series, just click on the segment name: Mini, Small, Medium, Large, Luxury, Sports, SUV, MPV.
Posted by RayCee at 19:17