Allowing for the fact that Mitsubishi's small MPVs are under the Kei car category for this series, then these are the larger multi purpose vehicles. Often around the 10% of total Mitsubishi production, from 2005 they have been minimal in their contribution. I assume the volumes they sold in made a business case hard to justify. 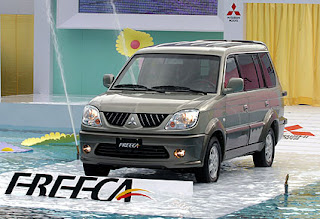 The first up is the Freeca aka the Adventure among a host of other names. It is a compact 5-door model made for the Asian region so don't be concerned if it passed under your radar. Next up the Zinger, a name that makes me think of chicken burgers for some reason. Slightly larger than the Freeca, it was made in Taiwan and China for the Asian market also, This sort of vehicle sells well in Asia.

The Grandis was another similar sized vehicle, that replaced the long running Chariot (Space Wagon & Nimbus were other names). It was sold around the world and the production numbers show the positive effect of that. The Dion was yet another compact model which was made in modest numbers, the automotive equivalent of a belly flop in diving.


A mini MPV built in Europe for that region was the Space Star which was reasonably popular. Last but not least the RVR when it was an MPV in its earlier form. It was introduced in 1991 and lasted until 2002. It was also called a Space Runner and in addition was sold as a Dodge, Eagle and Plymouth.

On the chart, the numbers on the extreme right are the percentage of total MMC production volume for this type of vehicle.


Summary: The larger MPV within the Mitsubishi range has come in many forms over the years but seems to have run its course for the company. The numbers were not enough to justify the capital investment I would say.