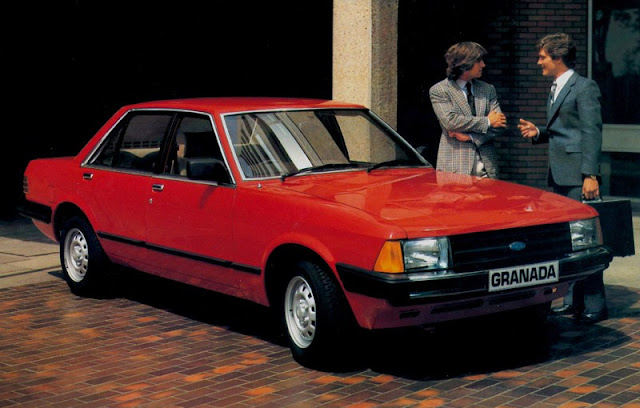 I decided to include the Top 20 as I had consistent data for each year. The first sales figures column is how the best 20 finished in 1979. Any models below were also all Top 20 finishers between 1975-78. If sales didn't make the Top 20, then the sales figure square is blank.

Looking at the Top 10 first. Seven US brands and three UK ones made up the best selling models. Ford had five of them, BLMC three and GM two. Medium sized cars sold well, with the Cortina, Marina and Cavalier all of that category. The small Escort, Allegro and Chevette likewise were popular. The Mini and Fiesta were the mini cars and the Granada the only big car.

From 11th place down, Datsun had a couple of solid selling models while BL added four more. Datsun did get the Sunny model at 10th, the first time for a Japanese model and before any European models could achieve that feat. Chrysler had cars down the list but clearly for such an important market as the UK, this was disappointing. A few European models were starting to show themselves but their impact was still modest. Top 10 figures are coloured brown.