At the end of the 1970's, Peugeot took Simca and what had been known as Hillman off Chrysler. This was not long after assuming control of Citroën a few years earlier. Did all this acquiring affect Peugeot? It was a lot to adjust to.

Production was up 49% from 1979 to 1989. There were three very successful models in the range but a big drop after that. Many of the models listed below were older ones having the last possible value wrung out of them. In emerging nations, some of these models were still popular but it did muddy the waters when getting a true picture of how thing were.

New models that arrived during this period. 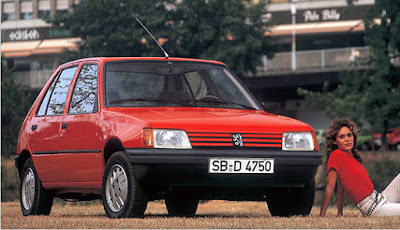 205: This was a super mini with super sales to match. Peugeot had been known as a successful larger car maker but taking over Simca gave them the needed expertise to get this one spot on. It probably deserved to be a European car of the year winner, but was at least declared 'Car of the Decade' by Car Magazine. 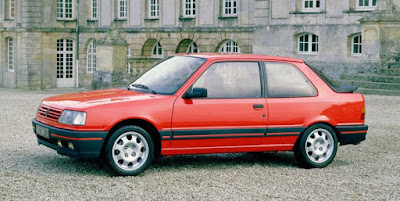 309: It replaced the Horizon model as a small family car and was designed in the UK. It was a nice riding and handling car and sold quite well.

405: As a replacement for the smaller 305, I would call it a medium/large sized car. It was voted European Car of the Year in 1980 and was very popular. The attractive styling was complimented by a nice ride and the wagon model was very practical.

605: This large executive car belatedly replaced the unpopular 604. It's reputation was hurt by electrical problems and questionable build quality. Apart from those issues, it rode well, was roomy and the handling was reasonably good.

Summary: Peugeot had absorbed both Citroën and Chrysler Europe in the a short space of time. Peugeot took what was good from the Chrysler side and closed it down while Citroën was to run alongside the Peugeot brand. They probably needed to move one more upmarket (I suggest Citroën should have been the one up scaled). It would have taken time but they could have been reaping the rewards by now. Was Peugeot now well placed grow from here?