When writing about a marque you know nothing about and gaining data from different sources means that care is required. Below is a breakdown of production by models as best as I understand it. Underneath the chart is an explanation of the models. I have many US readers and others who may be knowledgeable on the marque so please leave a comment if you can clear up anything of add something of interest.

De Ville / DTS / XTS: The Deville model range goes back to 1958 and the 7th generation De Ville came out in 1994, using a platform shared by the Seville. This large premium car was replaced by the 8th and final of this nameplate in 2000. From 2005 it became the DTS, and from 2012 the XTS. The XTS is smaller than its predecessor but it also replaces the STS. 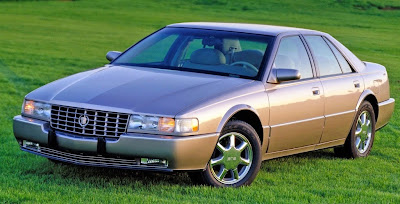 Eldorado / CTS: I recall having a Dinky car Eldorado, yellow and a convertible. I think it was the 54-56 2nd generation model. I digress. The name started way back in 1952, and by 1992, the 10th generation was being made. It was the last in the series and by now they were shorter in length than earlier examples. By now it was classified as a 2-door coupé with what I consider the best looking with clean lines. The CTS came in 2002 and the 3rd incarnation came out in 2014 as a mid sized 4-door car.

BLS / ATS: The BLS was a compact premium car based around the Saab 9-3. Made in Sweden, it came as a 4-door car and 5-door wagon. It was a poor seller and GM must have lost millions on it. It was made between 2005 and 2009. It was also assembled in Russia and I am unsure if the above figures include those from Russia and why 2009 production is nowhere to be found. Then came the US made ATS in 2012.

ELR: This unusual inclusion into the range is an up market plug-in hybrid compact coupé. What a mouthful! The drive train is based on the Chevy Volts and the car sells in tiny numbers as expected I'm sure. 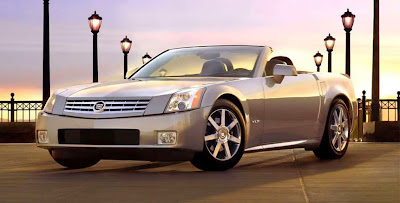 Allanté / XLR: This compact 2-seater roadster had its body panels made in Italy by Pininfarina, which were then flown to the US to have the chassis and engine fitted. It was made form 1986 to 1993, so just made the list above. It was revived in 2003 as a halo model named the XLR.

Catera: Made in Germany, this large 4-door car was the same as the Omega model sold in Europe. The engine was made in the UK and transmission France, making it a pan-European effort. It went from 1998 to 2001. 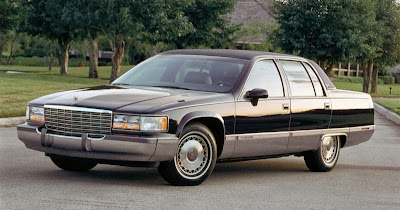 Fleetwood: The last model to be considered here ran from 1984 to 1996, which was a large premium model. The first generation was produced either as a 2-door coupé and 4-door car, the 2nd generation from 1993 a car only.

The utility range and brand summary can be accessed by clicking here.
Posted by RayCee at 06:43