Cars of years ago were simple. Comparing a car of 50 years ago and today and you find the modern vehicle is so much more complicated. 50 years ago there seemed quite a gap between say a Mercedes and an Opel car. Today there isn't much difference, a Ford is not far off an Audi for example.

Which makes me wonder why. I can understand that premium brands such as BMW and Jaguar have to be special to command a premium price tag, but what benefit is there for a mass market brand getting close in quality them in quality? The premium brand can sell their car at a strong price, while the mass market cars cannot. In Europe, it is hard for regular car makers to make money, and trying to almost match cars with prestige image in quality but not price is part of the reason. 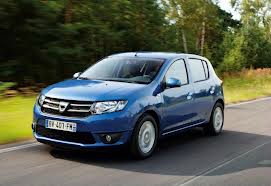 The Renault Group makes far more money per car with the Dacia brand than it does with its Renault brand. This is despite Dacias selling for a lower price. The difference is too much money is wasted trying to make a Renault a better car than the public want it to be. Surely mass market car brands need to be simplified and prices lowered. Many Europeans can no longer afford new cars at the price they are now. Dacia has shown that the potential for lower quality, lower priced cars is there.

According to ACEA,  in the first six months of 2013, Dacia sold 145,000 cars in Europe, for 2.2% share. It outsold Volvo, Honda, Suzuki and Mazda for example. If you add all the Dacias sold in Russia (not included in the ACEA figure and which are sold as Renaults), then Dacia models are proving popular. At least 90,000 Dacias - as Renaults - were sold in Russia for the same period as above.

When the Chinese come, they plan to arrive with inexpensive cars and of reasonable quality. Maybe Dacia will be a benchmark they will aim at, but with lower prices. I'm picking that if they do it properly they will establish a solid sales level in Europe.

In Summary: Brands like Ford and Opel need to make their cars less complex and more affordable (more profitable too). There will also be an increasing demand for even cheaper cars than those too, cheap and cheerful that is. Renault has highlighted potential in this segment and I am sure others will follow.
Posted by RayCee at 21:43