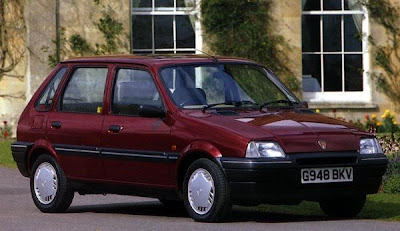 The early eighties saw the UK car making industry at it's lowest in thirty years; the time of rebuilding after the war. Now it was on another rebuilding, it's battered image of poor quality, industrial unrest and appallingly complacent management. In this period BLMC became Rover Group, GM got its act together, Peugeot shifted from Chrysler and Rootes product to its own, and the Japanese companies arrived. Land Rover is low as it does not include commercial sales.

Overall, the 1982-1996 went from a sorry state to one with some optimism. It wasn't as good as it was in the seventies and never will be, but better than it could have been. The car industry could have gone the way of ship building, but clawed its way back to some respectability.

The lists below start with the biggest producer in 1996 and go down to the smallest.