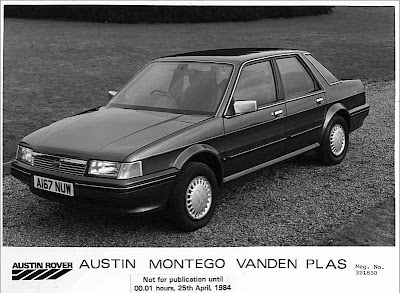 The Austin / MG Montego started life in 1984. It should have been released sooner, but for issues within the company at the time. It replaced the Ital model, which was an unfortunate facelift of the Morris Marina. I remember seeing some around NZ, although not in large numbers. The car itself was underrated by the typically cynical British media and public. I guess years of poor management at BL didn't help. It was a good drive by all accounts, practical and garnered many happy owners. For some it was staid and unimaginative.

The figures below show production figures, followed by UK sales, position achieved in the UK for that year and the percentage of UK sales against production numbers. Comparing production data with sales figures isn't perfect but gives a reasonable insight.


Clearly the car needed to have a much larger export market. 77% of cars made sold in the UK was far too many. Some markets I found peak sales for France and The Netherlands are as follows (I'm unsure if Spain and Germany are the best figures): 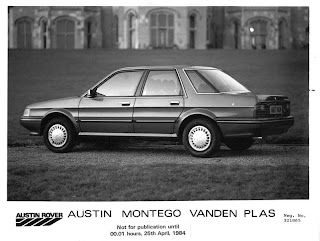 The Montego should go down in history as a brave effort. In France and Spain it sold well, but German buyers clearly didn't give it a fair go. I believe the French particularly went for the Estate (Wagon) version. BL was poorly managed and Montego production was hampered by industrial unrest. It deserved better.