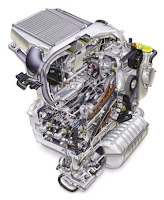 Diesel has become the fuel type of choice for Europeans. It’s more economical and the engine power is more accessible over a wider rev range. On the down size, it does need more maintenance. When one buys petrol in NZ, the tax is already on the fuel. Diesel, however, is charged separately as road user charges (RUCs). The problem with that is all vehicles up to three tones have the same tax, which is good for larger vehicles but all but makes buying smaller diesel cars pointless. A smaller petrol powered car is cheaper to run than its diesel equivalent. 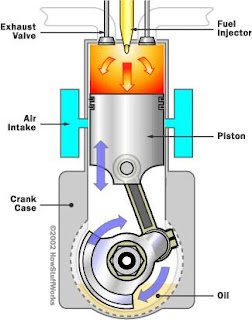 So while three of my last four vehicles were diesel motored vehicles, my latest one is petrol. It just didn’t stack up to buy a small oil burner. The government has said it would like to see more small cars with diesel engines on the road and promised that by April of 2008, it would make the RUCs lower for such cars. That didn’t happen and who knows if it will in the future?

The reason for hitting diesel vehicles so hard is apparently to pay for the upgrading of the recently purchased but run down rail system. It wants more freight carried by rail, not truck. Trucks are diesel powered but as to why little diesel cars should also shoulder that cost I don’t get. People won’t buy them in large numbers until the RUCs are fairer to the little guy, I mean car. 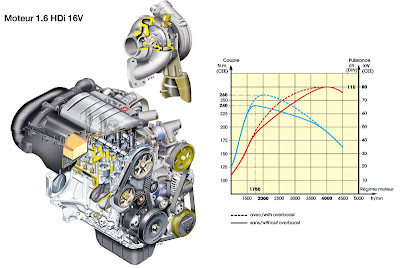 Honda started making cars in the early 60’s and had bold ambitions of dominating the market the way they did with motorcycles. While they have been very successful, they could not duplicate what they had done in the two-wheel arena. Honda is 5th largest carmaker in the world and 2nd largest in Japan.

So Honda has been remarkably successful in a relatively short time in car manufacturing but I sense they have gone as far as they can and will at best hold on to what they have achieved. 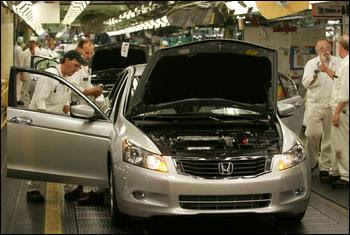 The first Datsun was built in 1914 in Tokyo. The company meandered along, merging with other companies. In 1933, the company moved to Yokohama and the car division became known as Nissan Motor Co. Nissan then established close ties with Austin of England, making cars under license. It then used Austin engines as a basis for its own cars. The 1960’s saw Nissan getting seriously into exporting cars. It merged with Prince cars in 1966, giving Nissan Skyline and Gloria models. The 70’s and 80’s was a time when Nissan opened factories overseas. Also, a luxury brand Infiniti was introduced by Nissan in 1989 and is now sold in 15 countries.

By 1999, Nissan was experiencing severe financial difficulties. This led to Renault acquiring a 44% stake in the company, while Nissan in turn took a 15% share in Renault. Since that event, Nissan’s fortunes have turned around dramatically, leading to record profits.

With it’s unusual alliance with Renault, Nissan is doing well and for the present time is riding the stormy car market better than most. 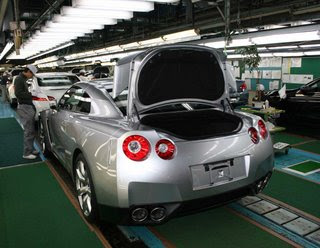