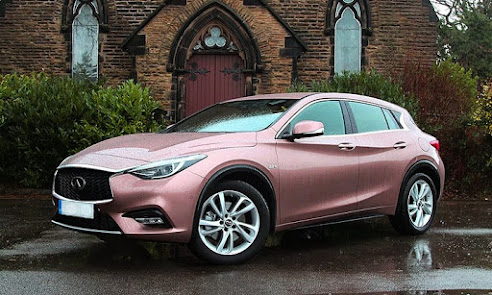 While Nissan had been sold in some European countries prior, it decided to get serious from 2008. Depending on how one defines Europe, sales for 2008 were in the 500 unit region so somewhere below marginal. The gradual increases came until 2011 before a couple of years in decline due to the financial situation at the time. Back to steady growth before a mini explosion with the arrival of the Q30/QX30 in 2016 (Q30 above - pic: Pocket-lint). It was based on the Mercedes A-Class so the first Infiniti model with a Euro focus.

However, that spurt in sales was temporary after pent-up demand for a small Infiniti was met. The range of cars was (Q30 aside) designed for North America. Local premium buyers aren't easily swayed when it comes to brand loyalty, especially for the German varieties. The Infiniti marque has no heritage in Europe and people buy this sort of car for the prestige it brings the owner.

How did sales go in European markets? I put a selection of the main ones and the collective total sales of all the main markets. Noticeable but hardly surprising is the largest nation by some margin and buyer of premium cars in large numbers wasn't top of the list. The first problem introducing a premium brand into the region is the German car buyer will largely ignore it.

The UK, France and especially Spain were more willing but still not to a sustainable level of acceptance. Going through the list, some were better than others but nothing grabs you...until one looks below the main body of the chart and sees Russia. It's not included in the totals (yellow) but more Infiniti cars found new homes in Russia than all the nations listed above combined. Had the take-up been similar across Europe, we would still have the brand selling in the region. The problem in Russia was the economy faulted and that hurt Infiniti.

In part two, we will look at a little more detail. 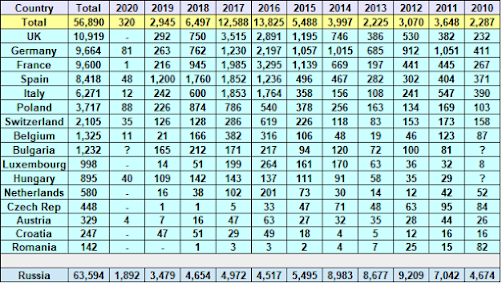