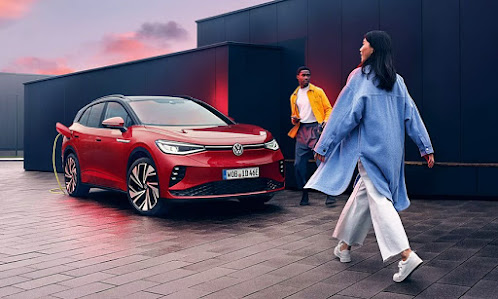 VW extended its lead, with BMW close to overtaking Mercedes-Benz for second place. Opel has had a strong year, led by the Corsa and got quite close to overtaking Audi. Maybe in 2022. Cupra is just the Formentor and Born models as they are not officially separated in the SEAT data so it's probably a little low. Renault and SEAT can't decide who should go first. Hyundai got tired of that and pushed past them.

Point of interest: In a word 'Others' or as they say in Germany 'Sonstige'. Why is it so high? There must be many missing brands from the list below. This brings me to MG. KBA showed monthly MG sales for November and December but unusually didn't total them accumulatively as it does with all others.

MG started selling cars in Germany early in 2021 but didn't at first appear on the registrations. They did for the last two months but as the total figure for the year would be incomplete, they stood as monthly sales only. I've put the two month's MG data in the chart below but it must be lower than what it should be. That still leaves many sales unaccounted for, even allowing for MG's shortfall.