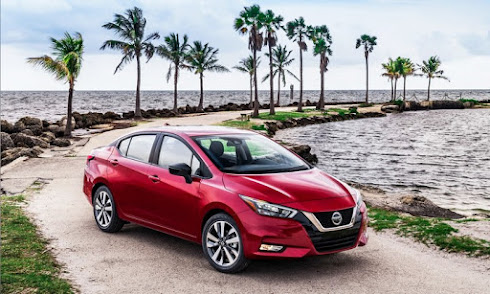 Mexico has a vibrant vehicle industry from large trucks (not covered here) to small cars. It has recently had to deal with the US not being happy with the success of its car exports north. It also has an open market for imported cars, showing the rampant protectionism in Asia in established car-making countries is simply not necessary.

The total figure of 3 million was down 19%, which surprised no one with the Covid fallout. Passenger car volume was down 30%, which has the added issue of cars generally losing favour. Nissan makes a third of all cars and Kia one out of five. The diversity of brands is a notable plus although two left in 2020. 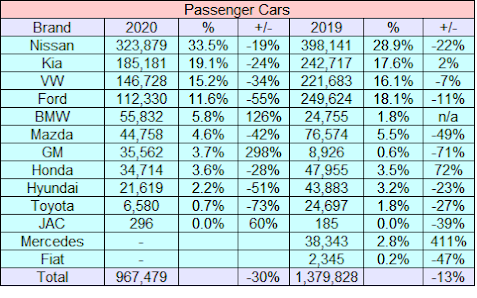 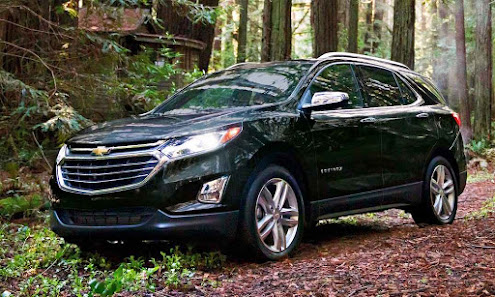 Light commercial vehicles did slightly better, being down 13%. GM now accounts for a third of that total and Chrysler one in five, that same pattern as cars. Two new brands entered here. 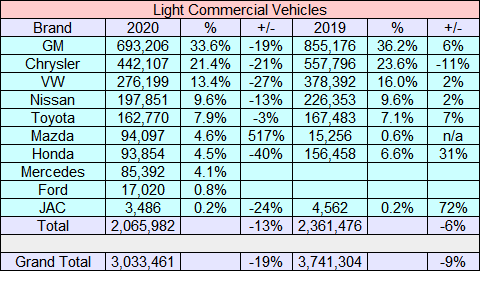