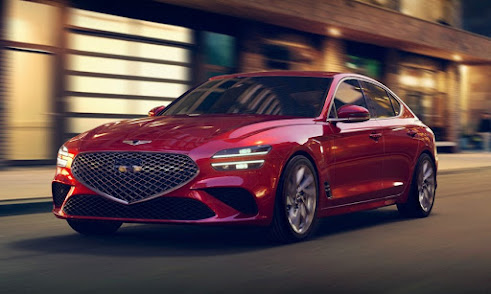 With virtually all mainstream sales handed to local companies on a plate through tariff protection, imports are mainly of the premium variety. There wasn't a serious premium marque to fight the invaders, I mean imports. Then Genesis was spun off as a stand-alone brand rather than it simply being  Hyundai models. Around the world, the move hasn't been that successful so far while in Korea it did well initially before levelled off for a few years.

Then in 2020, it took off in Korea. A renewed G80 car and the all-new GV80 SUV seem to have been the catalyst. Sales in Korea, in general, were largely unaffected by the Covid virus so that helped things along too.

What is noticeable about the chart below is the growth in this segment. Back in 2000, the combined sales of all premium cars was a minuscule amount but the steep rise since 2010, in particular, is highlighted in the graph below.

There are six nameplates below although there was also JLR. It deleted them from the graph as recent sales have crashed for reasons I do not know. I don't think we will ever know. You will also see how Audi went almost off the chart in 2017, as a punishment for dieselgate. 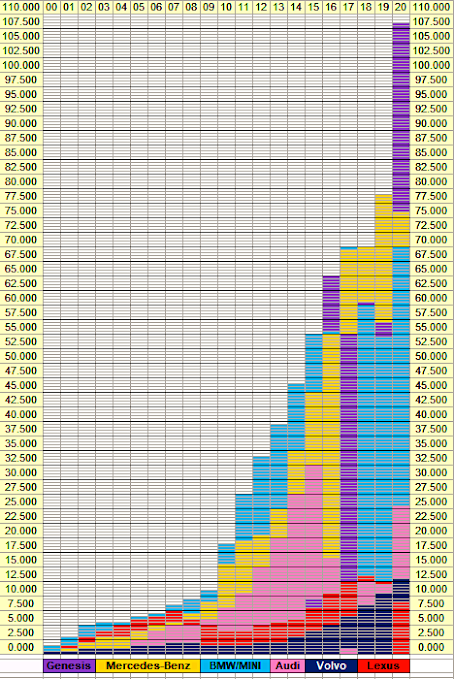