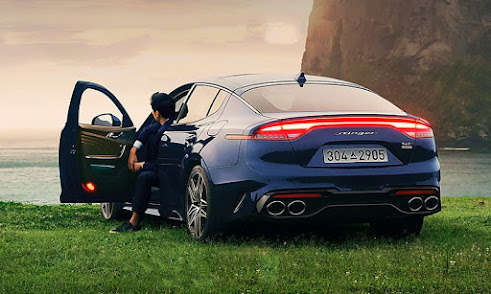 In 1995, Hyundai was by far the biggest selling brand. Kia and Daewoo (GM) were dogfighting it out much further down the sales chart and SsangYong was barely a blip on the radar. Imports in the mainstream arena are minimal so that pretty much summed up the choice Korean car buyers had.

The Asian financial crisis hit sales badly in 1998 but things soon rebounded. Kia established a clear second and Daewoo descended into marginalism. In 2011, the Daewoo name was replaced as the company changed to GM Korea and the cars became Chevrolets. That move seemed to help sales slightly,

Meanwhile, at the business end of the market, Kia was challenging its more popular sibling and even took the lead in 2016 and 2017. Hyundai has a small lead now. As for the bottom feeders, they continue to battle for whatever crumbs they can scavenge. 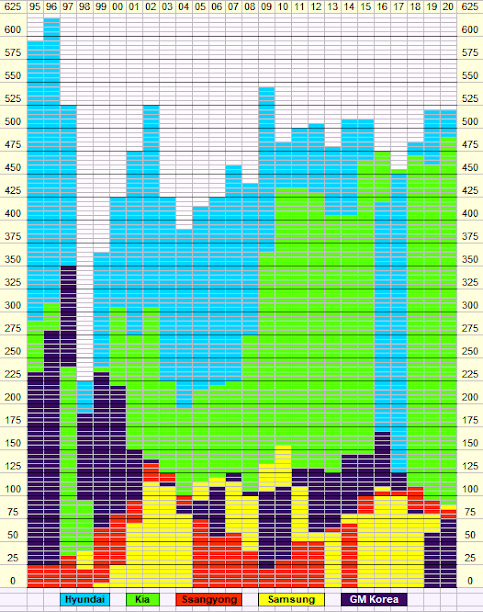