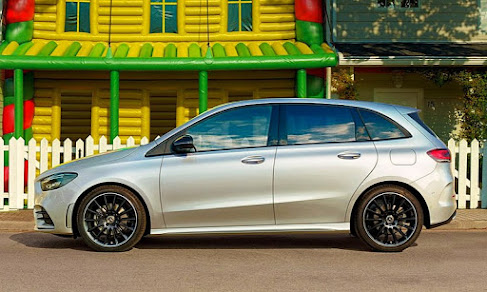 It doesn't take profound powers of observation to notice the strong leaning for German branded premium cars. In fact, Lexus was left out altogether as it barely registered as an intermittent line along the bottom rung of the graph. At least Volvo and JLR do get some recognition, albeit scant.

Back in the year 2000, Mercedes (red) was well ahead but it steadily declined. The MINI enabled BMW to pull away from Audi and strive to assert itself as the top dog. That battle is still being won by Mercedes but only just. Any pretensions Audi had to join the tussle seem to be fading for now at least.

Which leave Volvo and JLR to meander along, effectively like bottom feeders in a deep pond. 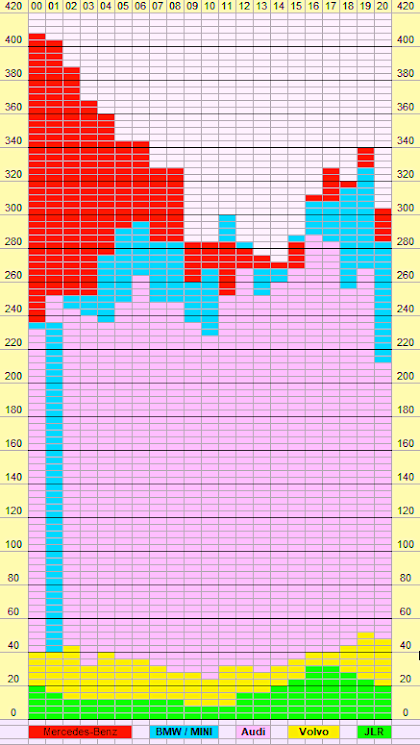 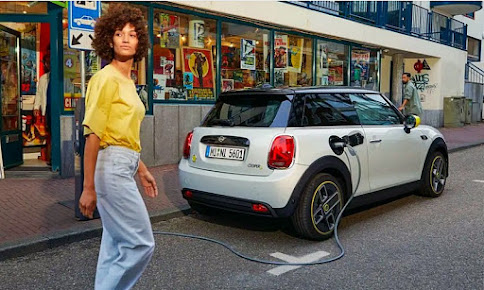