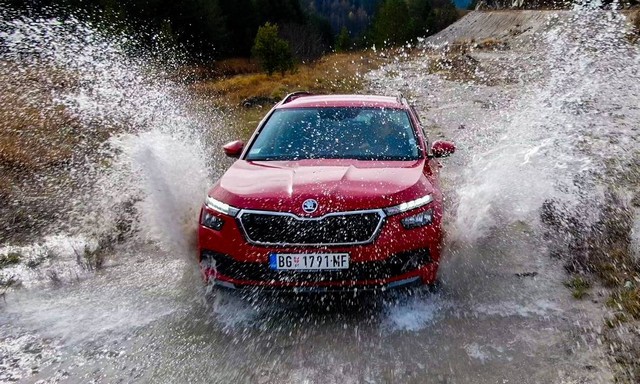 Registrations were -48% in December and -27% YTD, so a damp end to a trying year. Although that sounds very depressed, it's the lowest year since 2014 which isn't that long ago and only 13% below the previous decade's average.

Renault closed the gap to VW and Peugeot improved its share. Both Hyundai and Kia took their chance at improving their rankings. Neither Opel nor Ford are pushing sales volume it seems. Land Rover did extremely well but SsangYong even better, although from a low position. MG arrived as it spreads across Europe. 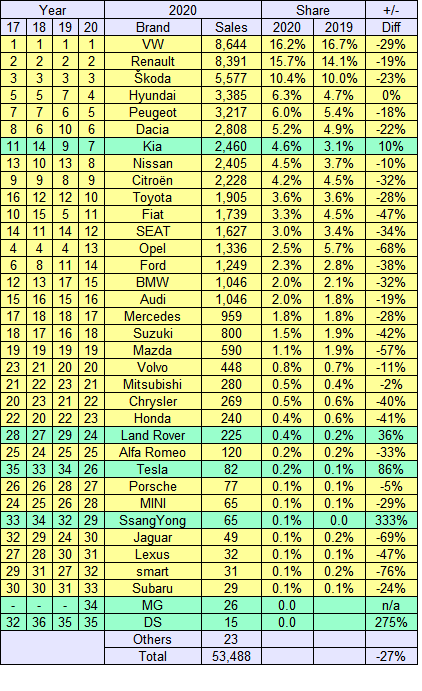