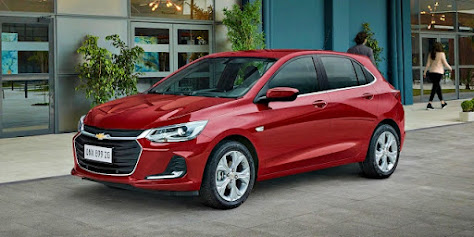 Registrations were down 10% in December and -29% for the year. The country is perceived to have taken a low key approach to COVID-19 and its effects on car sales hit somewhat late but improved by December. Sales were the worst since around 2006 and just over a third lower than the average for the last decade.
Only one brand increased (green) plenty lost sales but improved their share (pale blue) and the rest were doing it tougher (yellow).

GM has a strong following here and it about maintained its share, ending on 18.9%. VW, Fiat and Hyundai all closed the gap but Renault and Ford pulled back. Chinese brand Chery now makes cars in Brazil and has benefited from the advantage that provides.
Ford has now announced it is pulling out of manufacturing in Brazil, started something like a century ago. It will still source cars from nearby plants in other countries in South America. Sales will be on a more limited scale. Mercedes-Benz started making passenger cars in Brazil in 2016 but has decided it isn't viable to continue.
Data source: ANFAVEA, ABEIVA. 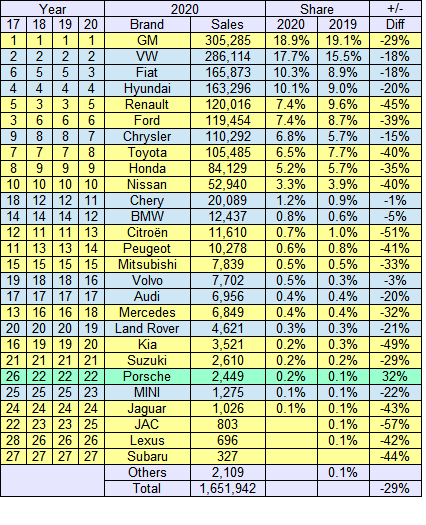