The Tata company mainly produces commercial vehicles with passenger cars somewhat of a sideline. It has tried to crack the PC side of things (car & SUV) but stiff competition from the likes of Suzuki has been a challenge. The tiny Nano car was an example of its effort but it was a flop. Other models have fared better. However, the CV business is more of a success. High import tariffs keep imports away and has left Tata with the that area of the market almost to itself.


Below is historical figures from the company for the Tata brand. It covers from April to March each year. The first column is production, then total sales. After that total sales are broken down into domestic sales and export sales. The last two columns show the percentage of the volume for PCs and units exported.

With exports rarely getting into double figures shows that the Tata brand almost wholly relies on the Indian market. PC sales have steadily declined over this period to under 30% since 2011-12. Volume has moved around quite a bit, being so dependent on one market not helping in that regard. Tata is currently on a production upturn. 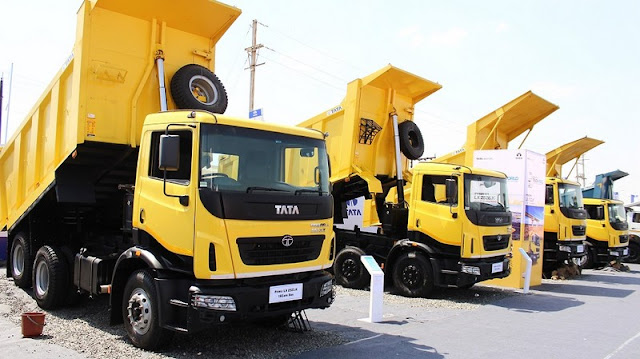