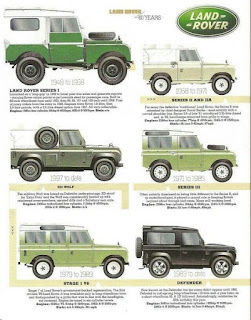 How many vehicles are produced for nearly 68 years? The vehicle eventually named the Land Rover Defender was. It's longevity is no secret, neither that it is all over due to regulations. It's been kept out of North America for some time and now Europe too.

There is still plenty of the planet left but it wasn't selling in enormous numbers anyway so it had to go. Maybe if the production was moved to say India, it could be still made profitably. Whether that will happen, we must wait and see. For now a few pictures to say adieu.