This is one of four articles about the Rover 200/25 model. 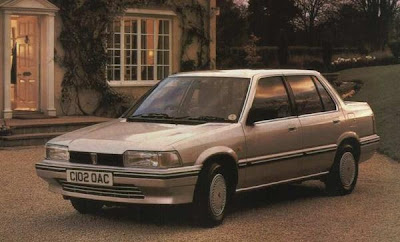 The Rover Group was formed out the mess that BL had become. It needed to get its act together and quickly if it was to survive. It started collaborating with Honda, which was very successful for both parties but especially Rover. Rover had done well with the first attempt the Triumph Acclaim, a rebadged Honda Ballade. They then replaced that car with the Rover 200 (SD3) in 1984, based on the new Ballade. It came in 4-door configuration only, with either a 1300 or 1600cc engine. Initially production was modest, but it improved as the car’s quality became recognised. Production figures as below:

1989 full year in brackets, including next model. You can see the increase through its production cycle. Usually a new model peaks early, then falls away until it is replaced. The 200 sales grew as buyers gained confidence in it, such was the damage BL had done to the company. Could the next version of the car continue the momentum?

PS. Some sales figures by country. Limited but hard to find. They are the UK, France, Netherlands, Germany and Spain.


You can see heavy reliance on the UK for the Rover 200, with solid if unspectacular sales in Europe. Any more sales data anyone can add, please let me know. Thank you.

PPS. Excellent data can be seen in the outstanding website aronline:
http://tiny.cc/j0hijw
Posted by RayCee at 08:15