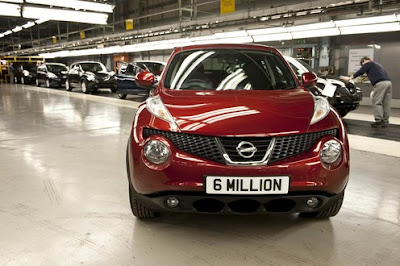 Many nations do not make cars, but simply import them. That makes them a 100% net importer. Of the car making nations, they vary as to whether they are a net importer or exporter of cars.

Taking the UK as an example, it imports more cars than it makes, thereby becoming a net importer. On average for the last ten years, the UK has imported about 35% more than what it has exported. It could have been more so, except that as its own industry declined, Japanese firms opened up factories to compensate. Those Japanese firms have shown loyalty to those production facilities too. This is in contrast to Peugeot, who having bought the once Rootes Group/ Chrysler operation, later built factories in low wage countries and shut it down. That is how PSA treat a country loyal to its product. Hmmm.

So who are the main contributors to UK car making? Below there is the number of cars made, number sold in the UK under that brand and then finally the difference. If the last figure is positive, that brand is a net exporter (in bold type), if it is negative, a net importer (in italicised type):

Also to be noted is that the UK is a large car engine making country too. So if you applied the same system to that, it comes up quite different.

Summary: Although not what it used to be, the UK car industry is still doing well, including quite a bit of design work too.

Photo: Celebrating 6,000,000 Nissans built in the UK. Model shown the new UK designed and built Juke.
Posted by RayCee at 07:22