Lotus Into The Future With Gusto

For all of its existence, Lotus cars has been a relatively small, fringe sports car maker. Originator of the brand Colin Chapman was more interested in F1. Of recent times, the Elise got Lotus some decent sales numbers, but not profitability. The new plan is to have more models and go more upmarket, where the profits are to be made.

Current owner Proton has decided to go for broke with the marque. So the new range will be pricier, low on emissions, a new styling identity based around the front 'mouth area', better interiors, technically superior and bigger. They will retain lightness, good power to weight ratios, performance oriented and handle really well.
The current range is the Elise, Exige, Evora and 2-Eleven. (The Europa came and went quickly). The new models are as follows: 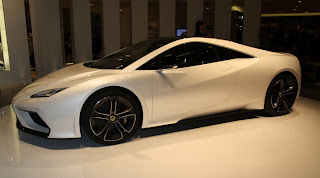 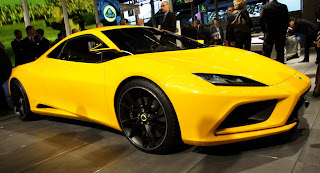 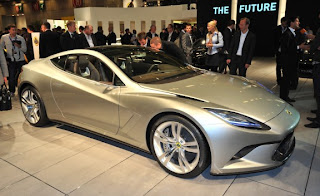 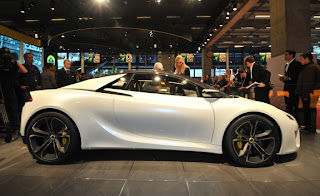 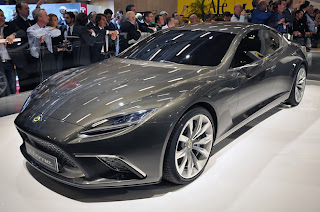 I must say it all seems like they are trying to make up for lost time. The hectic schedule will make pulling it off all the harder. Going from just over 2,000 sales to 10,000 per annum is a big ask in a short time frame. Making sure the cars are designed and engineered well, production issues sorted and larger distribution networks in more markets.

How will they do it? Proton are looking at a tie up with Renault Nissan so whether they can assist with the distribution time will tell. It all seems a big risk to move so quickly but the cars look sharp and will drive well.

What it means to me: A big gamble because of the speed in which Lotus plan to execute five new models.
Posted by RayCee at 18:58 No comments: 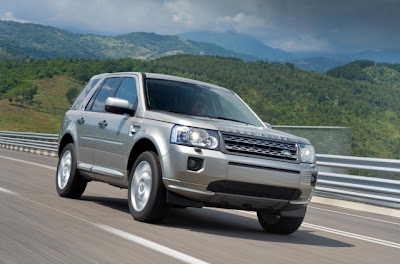 Just after Tata bought Jaguar - Land Rover off Ford in 2008, a world economic crisis struck. Ford had sold largely unprofitable brands and with the downturn, just in time. Ford has gone on to do well so they are happy. How about Tata though? Mr Tata seemed unfazed by it all, saying he was looking to the long term benefits. Well he didn't have to wait long as JLR have quickly and consistently been getting more profitable. What has been the reasons:

1) Getting and implementing professional advice on liquidity management.
2) Pursuing necessary cost cutting measures with the agreement of Unions.
3) Favourable currency fluctuations.
4) A general sales rebound in luxury cars.
5) The new XJ and revamping of other JLR models.

Of course, keeping the momentum going will be a challenge but a clear vision forward and continued investment are being actively dealt with. There are still problems getting enough engines and currency fluctuations overall have gone the other way of late. Despite these factors, the 2wd Freelander will undoubtedly be a winner in the beginning of 2011, as will the new Evoque due mid year. Jaguar will remain profitable but sales will climb only when new models come on stream sometime later. 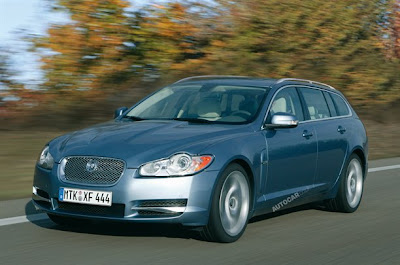 All in all a surprising success story achieved within a much shorter time frame than I ever imagined. Ford did a fine job of sorting out many basic issues with JLR, but Tata and its astute team will now take it to another level.

What it means to me: Do things well and success usually follows.
Posted by RayCee at 06:15 No comments: 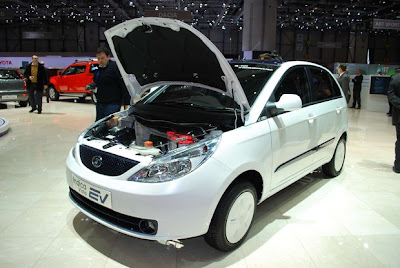 A Tata Indica Vista EVX an electric vehicle from a team of engineers at the Tata Motors European Technical Centre based at Warwick University, UK. Apparently it will be produced in Coventry, a city known as the centre of UK car manufacturing in times past. Tata already make the car in India as a petrol powered vehicle. It goes on sale in the UK and Europe next year, in the first quarter of 2011.

It took part in the RAC’s Future Car Challenge, which it won. The car can seat four and of course luggage, should have a range up to 200km per charge and reasonable acceleration of 0-60 kmph in under 10 seconds. Full recharge will be possible in eight hours.

As for the cars, I assume they will be built in India and shipped to the UK where they will be prepared for electric propulsion*. The Vista EV will get a UK government subsidy of £5,000 and would cost the buyer £24,000. I believe the car will only be offered to the commercial sector initially in the UK.

What it means to me: A job well done for both Tata and Warwick University. The price does seem steep as is the case for all electric vehicles.

*Apparently the cars will come as kits shipped in from India for assembly. The batteries will from Norway and drivetrains from Canada.
Posted by RayCee at 14:39 No comments:

Ford's Struggle To Stay #1 In The UK

Ford has been number one in the UK for decades. It stopped making cars in England in 2001 but makes millions of engines and does extensive design and research there so supports the UK economy well.
The brand it has had to keep at bay for many years is GM's Vauxhall, which cannot quite do enough to dethrone it. Vauxhall makes the Astra and Astra van as well as the Vivaro/Trafic vans but that's about within Britain as design and engineering work is done in Germany.

From that we can see Ford is still soundly ensconced at the top, but the buffer is less and VW is now lurking in a clear third, having seen off both Renault and Peugeot. I am not saying anything will change anytime soon at the top of the UK market, but Ford will be mindful that if it stumbles for any reason, there are two brands well placed to capitalise. Frankly VW puts nothing of substance into the UK car market, so I for one hope it keeps well away from the top spot. The average car buyer in the UK would care nothing about that of course. I just hope that Ford and Vauxhall, who do put back into the economy are suitably rewarded.

What it means to me: Ford is sliding in UK car sales and a reversal of fortunes is needed about now.
Posted by RayCee at 13:09 No comments: 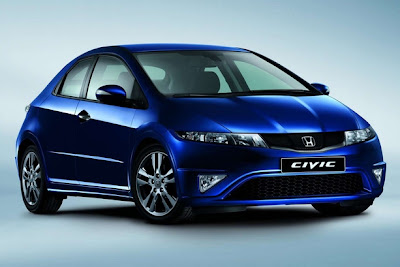 In NZ private buyers pay top dollar and fleet buyers get generous discounts. When the private buyer comes to sell his car, its value had been seriously undermined by large numbers of fleet cars being returned to the used market. Private buyers have shunned the new market, but can be enticed by discounts which most brands offer from time to time.

Honda NZ had a plan. Have the same price for all sales - private or fleet - and set no haggle prices. To control this, Honda would own the cars and dealers would take a small commission per sale. Most of the dealer profit would come from servicing. I liked the idea. Honda NZ set its prices at full retail but they held their value well. Sales rose and by 2007, Honda had over 8% market share of the NZ passenger car market. The importer must have been doing well thank you very much.

However, the Yen went up and so did Hondas prices, more than other makes. Even good second hand value could not compensate for the skyrocketing new prices. Market share fell and by 2009 (only two short years) it had halved to 4.1% and Honda’s rank dropped from 4th to 9th. For Jan-Oct 2010 it has gone to 3.9%. The once popular Civic model fell from 11th best seller in ’07 to 33rd in two years.

Honda now needs to realign its pricing. The City model from Thailand is better priced as is the new Insight and these should help but neither will be big sellers. In the UK, they have a hatch back Civic that - with the current exchange rate - would sell well in NZ, as Kiwis love versatile 5 door models. Also the Jazz (Fit) is made in the UK now and could be sourced from there if the Yen remains high. If nothing changes, the likes of VW and or Subaru will knock Honda out of the top 10 and make Honda very much a marginal brand in this country.

What it means to me: Honda cars are good but in the mass car market, over price your cars and the customer looks elsewhere.
Posted by RayCee at 21:50 No comments: 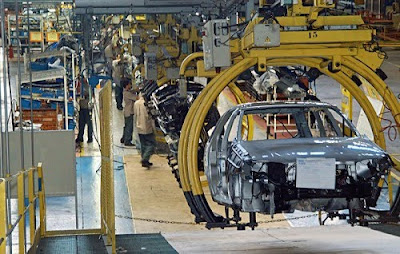 Fiat supremo Sergio Marchionne has criticised Italy's poor labour efficiency and industrial competitiveness. He says Fiat doesn't make money from making cars in its home country and it is the overseas factories that make its profit. However, others within Italy say that Fiat is what it is because of the loyal public toward its products. Indeed, in 2009 the Fiat brand had 25.5% of car the Italian car market and add a percentage point if you include light commercials, or over 600,000 cars/LCVs.

I see it as both points of view being correct. Fiat needs changes in how things are done within Italy, while it does need the volumes of sales it gets from its home market. Will laws change to make it easier to lay off workers and get greater efficiencies for making cars there? I think not. So such statements from Mr Marchionne will change nothing and risk alienating loyal local support. His frustrations may have got the better of him as he tries to improve Fiat's competitiveness.

What it means to me: Some things are better left unsaid, as it will change nothing anyway.
Posted by RayCee at 20:43 No comments: