There has been much written in the press about car companies struggling with the downturn and drastically cutting production. In the UK, some journalistic scribes have picked up on Tata (new owners of J/LR) wanting a soft loan for Jaguar and Land Rover to move their vehicles to a more eco-friendly position. Everyone is moving that way but it costs so much money and takes time. Many portray Jaguar/Land Rover as on their death beds. 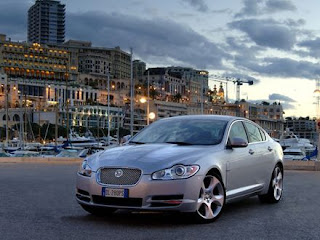 In point of fact, Jaguar isn't about to die. It's one of the leanest companies going around at the moment. It's production for November 2008 was over double that of November 2007. The XF is a runaway success.

What Tata needs to do is get some partnerships going with other manufacturers to share future development costs. Jaguar doesn't have the volume to do it alone. If they quietly got on with doing that rather than seeking tax payer assistance, it wouldn't create scare mongering type articles such as one reads daily on the ‘net.

Jaguars are designed and built exclusively in the UK, giving much to the UK economy. That should not be overlooked. The company is presently profitable. Some of the cynical nonsense written by the UK public shows that most people are not well informed or deep thinkers. To assert, as one UK man does, that Jaguar is as British as a German built ship beggars belief. It's a real company that contributes much to the UK. The uninformed, blinkered British whinging cynic is alive and well, if some of the comments you see around are anything to go by.

Land Rover is doing poorly and needs to tack quickly. The Discovery is a fine piece of engineering that looks good too. But it weighs too much and that makes it less environmentally friendly, with more fuel needed to move it. Range Rovers are also outstanding vehicles, but will in future sell in much smaller numbers. The Freelander is on the money, but nothing is going to sell as well in the 4 x 4 category anyway. It’s difficult to make them efficient. The LRX concept is needed, now. Hybrids are needed, now. 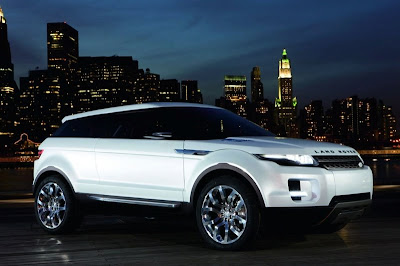 The car industry is taking a battering and it will push manufacturers into alliances, mergers and perhaps some will fall. Personal transport has increasingly reflected the excesses of this greedy commercial world. If the situation wakes people up to that, then it hasn’t been all in vain.
Posted by RayCee at 08:41 No comments: