Why Buy A Porsche?

I've been suspicious about why Porsche is so profitable. They don't make many vehicles, approximately 100,000 pa. However, Porsche are so cashed up, they have just about taken over the VW/ Audi/ Skoda/ Seat/ Bentley/ Lamborghini conglomeration. I came to the conclusion that must make mega profit on each unit sold.

Then I started reading the Nissan GT-R vs Porsche 911 Turbo comparisons. Every motoring journalist picked the Nissan as the much better vehicle. It also sells at about half the price! How can anyone in 2008 make a better car at half the price of the competitor? Either one is losing bucket loads of money on each car sold, or the other is ripping people off. The answer: Porsche is overcharging...indecently so.

Wealthy people buy Porsches. Usually wealthy people are smart, they don't get ripped off easily. Perhaps lack of competition made it difficult to realise how much Porsche over charge. The Nissan GT-R has just shown them. 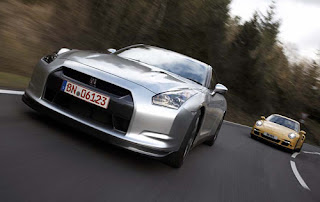