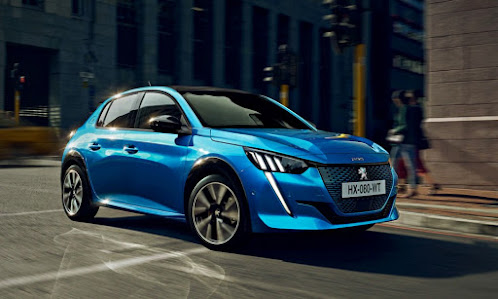 Registrations in France for December were -15% +1% YTD. Things are consistent but well short compared to previous years of 2019 (-550,000) and before. The main thing is sufficient stock and it appears that hasn't been great. The '+/-' column below is comparing market share variance for 2021 with 2020.

Peugeot has played second fiddle to Renault since whenever but it finally reached the summit of the French car market. There wasn't much in it but there doesn't have to be. If light commercials are added, then Renault is the larger but ere we just look at passenger cars.

Dacia passed VW, Cupra is now separated from SEAT and MG is mounting an assault as it has been doing successfully elsewhere. Other new entrants from China are Lynk & Co and Aiways, which are showing some promise but it's early days to see if that's sustained. Lynk & Co sounds rather like Lincoln but I'm sure that's coincidental.

Point of interest: The big three French brands (Peugeot, Renault and Citroën) take a sizable chunk of registrations. In the 1970's it was around 70%, gradually reducing from there to 2012 when it dipped below 50% for the first time. It's held up well from there but is currently at just over 43%.

That's still a strong position but Renault's losing ground is the reason for the trend. The marque has gone from one revered in its home market to one not so anymore. It's not that they are doing things badly but aren't doing great things anymore.