The traditional car style that was the mainstay of the car industry is in decline. What is called the SUV is taking over. I say called because the line between a car and SUV is increasingly blurred. That created yet another category the CUV or crossover vehicle. Some of these are nothing more than a hatchback with marginally differing height.

That as it may be, I don't want to hijack myself into a discussion of how cars should be categorised, other than to say it needs an overhaul in my humble opinion. The large saloon car is in retreat, in some regions of the world more than others.

In Europe, the home of the Mondeo, that is the case with the demise of the model altogether in about a year's time. Ford is exiting the traditional car with more zeal than most but in that, they are setting a lead that others will surely follow in due course.

While the Mondeo was sold in many countries, the data below is eurocentric. The series I model don't have European sales data so inserted combined production numbers instead. That's a bit misleading as that figure includes exports beyond Europe, but that's all I had.

After that, the statistics are yearly sales for the European region so a clearer pattern emerges. The series II was exceeding 300,000 in its best years, III only bettering 200,000, IV found 100,000 a challenge and V never even got near to that figure. 2020 was an unusually poor year but 20,000 sales is a non-sustainable pittance.

From that, we can see the decision to end the Mondeo was a no-brainer. People don't want them anymore. The plant in Spain where they have been made since 2014 (Belgium before that) will continue with the Galaxy, S-Max and more battery packs. For the Mondeo, it's the end of the road. 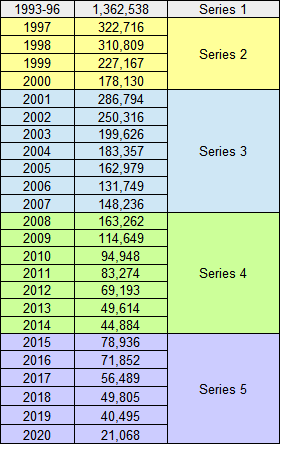 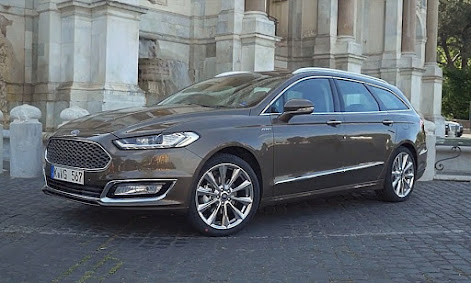