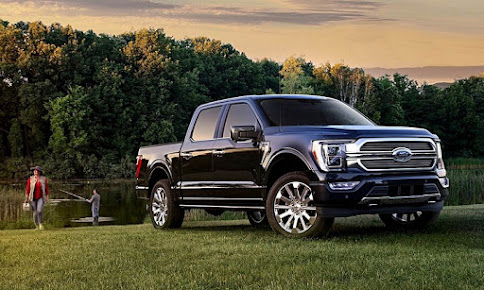 Canadian number one in summer...
The list doesn't show all the nameplates from the year 2000 that have graced the higher echelons of the Canadian car business. It does show the most prominent ones overall. Dodge and Ram are combined. It's not one of the prettier charts but still tells a story.
At the top for all but two years is Ford. The Blue Oval has displayed consistency through all of the 21st century so far. Chevrolet took the lead in 2005 and Toyota for 2008 but otherwise, it's been blue. Chevrolet has been unable to replicate Ford's staying power and is slipping away in more recent years.
The Dodge/Ram combine has been up there throughout and not suffered much in the way of highs and lows. Toyota and Honda have led the Japanese assault with some distinction but neither can match Ford's success. 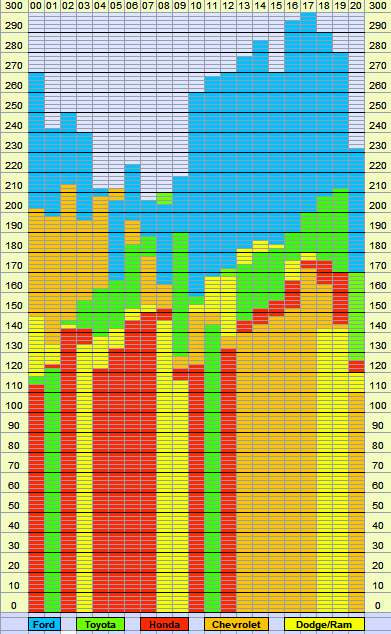 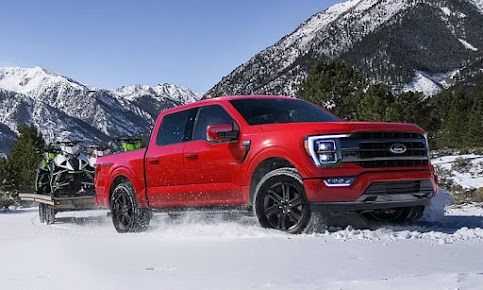