Just when you thought it was safe to go back to your VW Group dealer, it has been revealed that the Porsche Cayenne 3 litre diesel engine is spewing out much more noxious gas than the public was led to believe. Something like 22,000 are being recalled in Europe due to a cheating mechanism. Porsche said it was taking full responsibility. Nice. The VW Touareg with the same engine is now suspected of also being an offender, although that is yet to be confirmed.

A recent article I wrote mentioned that Mercedes Benz and Audi were recalling huge numbers of vehicles for software upgrades. It appears that BMW is now doing the same. The claim is it is to bring older cars up to speed with the latest technology. Clearly, there is concern that whether cheating devices are fitted or not, German premium car makers are trying to improve their environmentally unfriendly image.

Countries such as the UK and France are putting timetables in place for the end of fossil fuel vehicle sales. Germany hasn't and it makes you wonder how much power the car industry has in that country. An election looms so the need to allay fears. These recalls for software updates may ease pressure on a German government that is doing nothing.

In summary, companies that are purely focused on making money - and therefore by default lack moral integrity - will always end up paying for their greed at some stage. The public pay a price as well. People die due to pollution. Vehicles pollute. It's all very well fixing things up but why do things always need fixing? The diesel engine has been tinkered around with long enough to still be the polluter that it is.
Posted by RayCee at 19:14 No comments: 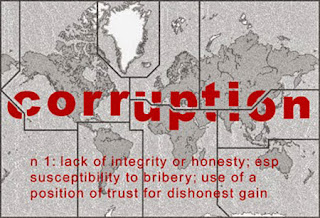 Where there's smoke, there's fire an old saying goes. With corruption sometimes the guilty are exposed. Then there are cases where there is a strong evidence of wrongdoing but proving it is quite another thing. Regarding the latter, it's a situation of smoke being seen but the cause of the fire wasn't proven.

Of course, corruption and dodgy dealing is part and parcel of business. However, when people do get caught, an inbuilt sense of justice is stirred within most of us. Yet the frequency and severity of the offending does vary. Why?

Well, each country has a culture that tends to squeeze its citzens into a certain mould. It influences us more than would we would often like to admit. I was brought up in the very British idea that playing by the rules was more important than winning. As to whether it is still a strong ideology in the UK, I'm not too sure. No doubt it still exists and influences people there. Fair play comes before winning.

The German culture regarding winning - I have come to believe - is win honestly, but if you can't do it that way you must still win. Winning comes before fair play. When I was young, there was a scandal regarding a deal done between an Auckland Regional Authority representative and a German company where personal gain was involved in a less than competitive transaction over buses. I was angry.

Recently VW was trying to beat its competitors with genuine technology but ended up doing so in a devious way. It couldn't win honestly but was determined to win. That was the culture inside a company but reflective of a broader attitude.

Now a claim has been made that the German car brands colluded for decades in an anti-competitive way. They may have set prices, agreed on suppliers, and used other forms of cooperation to gain an unfair advantage.This may have led to prices of cars being higher than they should have been. Another accusation states that in an attempt to stay ahead of foreign rivals, VW, BMW and Mercedes met regularly to discuss technology.

The companies involved deny the allegations or have not replied to them. I do see and irony in that at this very time Daimler is recalling 3 million diesel vehicles in Europe for a free emissions-system alteration. Audi has followed suit, with a similar offer to "improve" emissions behavior. Regardless, whether anything comes of these allegations we will have to wait and see. However, where there's smoke....
Posted by RayCee at 16:11 No comments:

VW South Africa : Anyone For Polo? 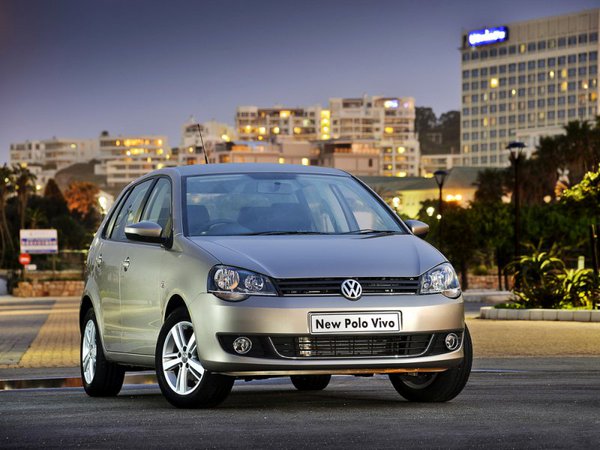 VW is the best selling passenger car brand in the RSA. Its success is based around two models,  - or one - depending on how you define it. The company runs the Polo model plus the previous generation model named the Polo Vivo. Between then they take 77.5% of all the brand's sales! That is a very unusual proportion for one model, even if it is achieved with two generations.

VW hasn't always been the biggest passenger car brand. For years it was second to Toyota but in 2010, it took a lead it hasn't relinquished since. Even in the challenging times the total market is experiencing, while sales have fallen, it's managed to keep ahead of its arch rival.

Summary: For any brand to be the best selling is always an achievement, having so many sales in one segment does seem to pose a risk. Spreading oneself as broadly as possible is always a safer bet but for now it is meeting the demand of what the public wants. What it has done is keep remarkably consistent market share over the five years below, of which the Polo's consistency has been a major factor.