VW has done a deal with its workers to reduce its global workforce by 30,000, or nearly 5%. Most of those will be in Germany. The reduction will be achieved by not replacing workers who leave the company. It is to save money associated with the diesel scandal that is costing billions of dollars to fix. As a compensation to the German workforce, two new electric cars will be built in Germany.

My take: This is what VW has wanted for years, less workers in Germany. The unions wouldn't agree to reduced numbers. This crisis means it now has to happen. Obviously VW didn't plan all of this, but let's say that the diesel scandal has become a cloud with a silver lining. 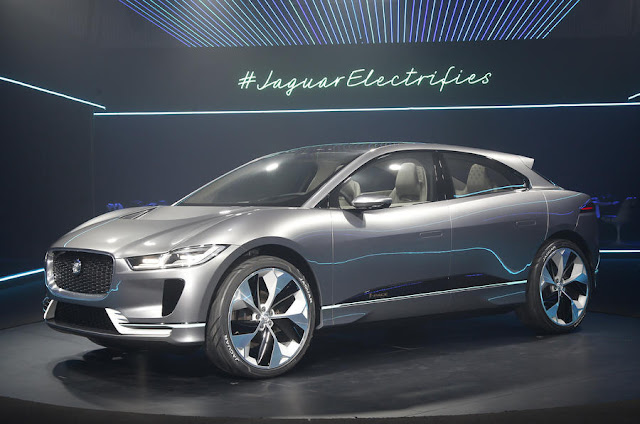 Jaguar is to produce an i-Pace electric crossover vehicle, to be released in 2018. The manufacturing will be done in Austria, at Magna Steyr in Graz. This is one of two models JLR have stated they will have assembled at this plant, though what the second one will be hasn't been revealed. Approximately 13,000 units per annum are expected to be made of the I-Pace

My take: JLR has capacity restraints in the UK. They already have assembly facilities - with varying local content - in China, Brazil and India. Slovakia will soon join that list as will Austria. As JLR grows, it is becoming more multinational.

GM Europe has been losing money for some time. At the beginning of 2014, Morgan Stanley estimated 2015 would be profitable. However, no one could have predicted the slump in Russia and Opel's decision to leave the market and close its assembly plant there. 2016 was then heralded as the time for black ink. However, GM Europe has now said it's doubtful.

My take: The UK is a huge European market for GM, with too little investment there from the giant car maker. The drop in the value of the pound will therefore be a factor. However, there are many reasons. Sales should be product driven, not price driven. The product has to be good enough and factory capacity needs to reflect demand.

I'm sure GM Europe is working hard to improve the product, hurt by years of under-investment while GM US was struggling. It will take time to win back customers it has lost over the years...providing the product is now good enough.
Posted by RayCee at 21:10 No comments:


PSA have a desire to tap into the more lucrative premium segment with the DS range, which is for now at least a posh range of Citroën models. Initial reaction is muted, as can be expected in what is a conservative area of car buying. Brand cachet is everything and it will take years for DS to reach bona fide premium status.

DS commenced in 2010 and became a stand alone brand in 2014. Production peaked in 2012 with 129,000 units made but for 2015 just 103,000, that despite the range going from three to four models*. PSA will have to be patient as they strive to build the brand perception to the level of genuine premium vehicles.


Citroën production fell 3% during the year, not huge but not ideal either. The mainstay of the brand, the C4 range fell 5% and that loss was the majority of the reduction in production. Add the C3 variants to the C4 models and there you have 70% of total volume. The latter had a sizable production hike. Meanwhile the Berlingo also did well with a 10% improvement.

The brand does well in China, but despite that isn't that big in terms of volume. PSA is working hard to turn things around in a profitable way. How it all pans out for the double chevron brand remains to be seen.


I had some data about Peugeot production I decided to share. It shows that brand production grew 6% in 2015.

The 308 model provided much of that increase, about 70% of the total.The 308 and 208 contribute nearly 45% of all production. For a company with this many models, Peugeot would prefer a more diverse spread than that. Much hinges on thir success. Still, the increase in volume was achieved despite improving profitability as well and that is not easy.

Reality checks come in various ways. I haven't written an article here for over a month and yet viewer numbers have not gone down, in fact they are up! I really didn't see that coming and perhaps a reminder I did some things worth reading. Or perhaps I say it best when I say nothing at all.

The other reality check is there are people out there who do know what they are talking about. The obvious reality is few of them - if any - work in the media. Another given is that businesses are self serving and jump at any opportunity to make a dollar or save face when their substandard management is exposed. My last piece expressed that quite clearly. I resisted getting into government meddling in industry, but we all know the disastrous consequences of that anyway.

I digress. The point was there are people who know their onions so to speak, but are rarely sought out by the media (I guess ignorance is bliss). When finally their comments see the light of day, reality is reestablished. 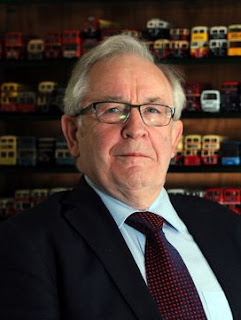 I've commented about the unfounded hysteria of those who berated Brexit and the irrational claims of doom for civilisation as we know it. Well someone decided to interview Professor Garel Rhys, who seems to know more than most.

I didn't comment initially as I am apolitical, and Brexit is very much a political issue, but I see the social side and that is my focus. So what were his comments?

1) That UK car manufacturing isn't going anywhere because of Brexit.

2) The UK's car manufactuing is the most efficient in Europe. It is 6% more efficient than Germany, 25% above France and Italy, and 40% better than Poland. So a 9.7% 'worst case scenario' duty will be offset by that efficiency level.

3) As to whether car makers depart the UK would be due to factors other than Brexit. The French government pressuring Renault to move some Nissan production to France for example.

4) The fall of Sterling is helpful to exporters, especially those who have higher local content. Those who import many components may need to revisit sourcing more parts within Britain.

5) A quote from the professor: “Workers, unions, suppliers and politicians must be alert to the temptation for failing businesses blaming everything on Brexit."

Summary: So there is a more balanced way of looking at a subject than the hysteria and misinformation bandied about. The world constantly changes. Some are ready for that and embrace it.
Posted by RayCee at 11:13 No comments: