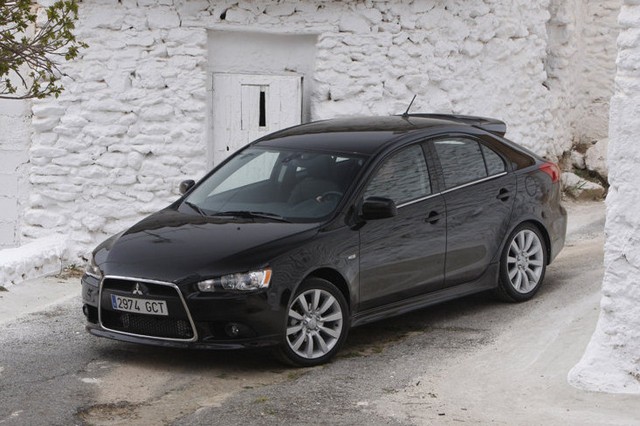 The regular car is sedan (saloon) and hatchback offerings excluding sports cars and Kei cars. The list excludes any made under another brand name, such as Proton. Sometimes names have been confusingly used across different models in varying regions. Also, some names were regional, not all of which I included below.

Other anomalies include the Mirage, which was a hatchback Lancer until the early 2000's, when it was replaced by the Colt Hatch, which didn't appear to be related (I have kept it separate throughout). It eventually returned to the Mirage name (Space Star in Europe I believe) but remained different to the Lancer. A 4 door version in Asia is named the Attrage.

The Diamante large car was called the Magna/Verada in Australia, the V3000 in New Zealand. It also had the Sigma name, used at times on the Galant too. The Galant was also known as the 380 for a short time in Australasia, elsewhere the Emeraude, Eterna, Legnum and Aspire among others.

The Carisma was a European model that didn't live up to its name. The Proudia and Dignity were premium models put together here due to limited sales.

The chart below has a column on the extreme right side which shows the percentage that the cars listed achieved against total Mitsubishi production. It's noticeable how this class of car has increasingly lost out as models were not replaced or updated. By 2014, it came down to just two models doing all the volume.