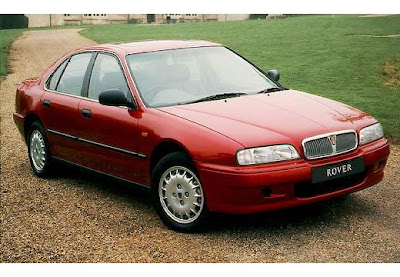 This was a car I really liked, although it wasn't as successful as it deserved. The 600 was basically a Honda Accord, which wasn't a bad thing. It was tweaked so as to have a British feel to it, and that worked quite well. For European tastes it was probably too Japanese. When I was on holiday in the UK, I met an American chap who had a rental 600. I asked him his opinion of the car and he loved it. He wanted to buy one back home, but they were not exported there - at Honda's insistence.

I don't know if it replaced another car, but if it did, I'm picking it carried on from the Montego. The Rover 600 started to be produced in 1993, the Montego finishing in 1994. The six years of production figures are as below, followed by UK sales: 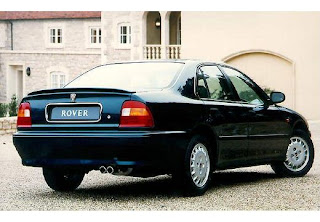 So it was a good car, but lacked in prestige and dynamics. It was replaced by the Rover 75, but that model came a bit too late and the 75 never even matched the 600's production volume.