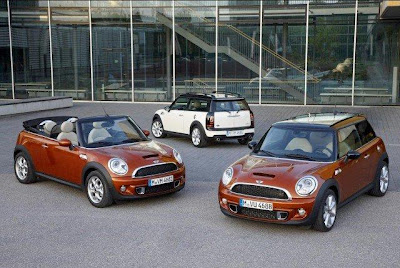 MINI recently started making the new Countryman in Austria, yet the Oxford plant will continue to be the home of MINI. Confirming that commitment, the existing plant there is to be expanded for a new model due in 2013. The majority of the work is to extend the bodyshop, but also a number of smaller supporting units, including a new sprinkler system pump house. The expansion is to solve a problem. The way the new Mini model will be produced means that the plant is not able to build it within the existing bodyshop. To ensure continuous production between the run-out of the existing Mini model and start-up of the next, the plant needs additional space.
I also think it makes better use of the area, judging by the areial pictures below. 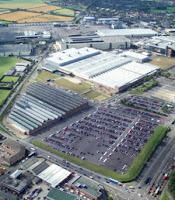 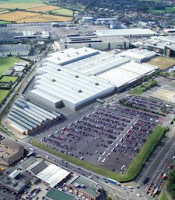 Of course, there was never a chance of Oxford losing out on being the main MINI factory. It's just that there is no room for any more expansion.


The fact is, MINI is under increasing competition from others joining in on its success. So future growth will be hard to achieve anyway. So the Oxford site is about right, if you farm one model out.

The bottom line: MINI is an amazing success story, and so important to Oxford's economy. 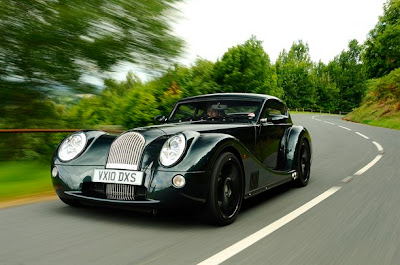 As part of the Centenary celebrations Morgan announces a most interesting model. It is a lightweight aluminium sports car with a luxurious interior and 4.8 litre V8 engine. There is a choice of 6 speed auto or manual gearboxes.
Just in case you assume Morgans come with wooden chassis, this car has an adhesively bonded lightweight aluminium one. As for open air driving, it has two aluminium detachable roof panels, which can be stored in the boot. 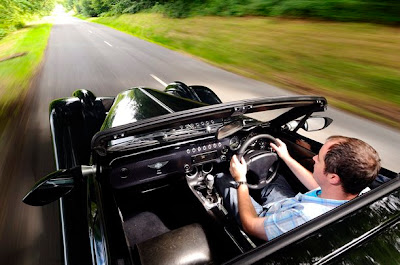 Morgan make about 600 cars per annum, so exclusivity is assured. They are up to date, yet olde worlde too. I imagine that once you have driven one down a beautiful country road, you would understand why people want them. They would be car of the well heeled taken out for a weekend drive. In that scenario, they make perfect sense.
I'm glad Morgan survive and prosper doing what the British do so well, recreating the past with style.

The bottom line: Not to every one's taste, but for many something fabulously different. 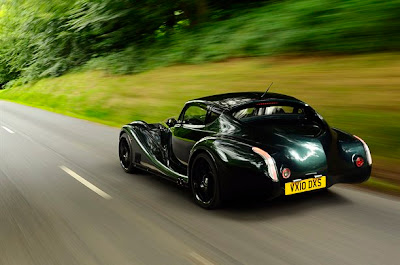 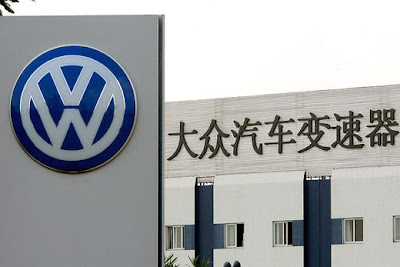 The Volkswagen brand passed Ford this year in production figures in cars/LCVs to now be third in the world, at 5.1m. This represents a 19% increase and a world market share increase from 6.5% to 7.7%. Its success is based to a large degree on China, Europe and the Americas. Over a third of VWs were built in Germany in 2008, but one year later only a quarter were. China has also about one quater of production now, helping VW to achieve the success it is enjoying. Country production according to OICA as follows in the top six nations:

VW is poised to keep moving up the pecking order of world production. It seems better placed than others around it in terms of markets and product.

The bottom line: The top spot must only be a matter of time.
Posted by RayCee at 07:08 No comments:

According to Wiki, The economy of Peru has a market-oriented economy with the 42nd largest in the world. Peru's economy has experienced significant growth in the last 15 years. It is considered an Emerging Market according to the MSCI due to political and macroeconomic stability, improved terms of trade, and rising investment and consumption . 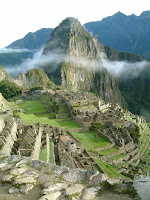 Hyundai closed the gap on the leader, Toyota down 30% and Hyundai up 5%. Many Chinese brands now sell quite well in the country but none are yet in the top ten. It's hard to imagine a car market bouncing around like Peru's did in the 2000s, but emeging markets are more volatile than mature ones. 2010 seems like it will be another good year in Peru for car importers.

The bottom line: Probably the only English language blog that takes an interest in countries like Peru.
Posted by RayCee at 10:13 No comments: 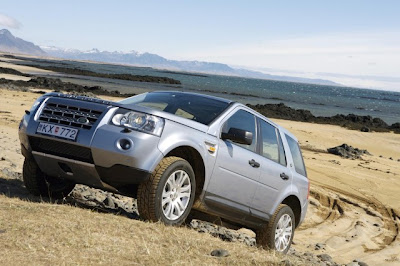 When Tata bought JLR from Ford in 2008, the consensus was it was a risky, or even foolish, acquisition. After all, they lost more than they made for the previous owner. Fast forward two years and JLR's net profit totalled £221 million in the April-June period, compared with a loss of £64 million the year before. Suddenly everyone realises Tata's purchase was smart both in profits and the profile it has given them. What happened?

Some say sales have picked up and that certainly helped, but even before the recent crash, sales were even higher and yet profit proved patchy at best for Ford. Favourable currency movements have been the main reason I suspect, as JLR have taken the money rather than reduce prices and chase volume for volume's sake. Another reason is new higher end models have been doing very well on the sales front, they being the most profitable.

The LR sales may slow somewhat now that they have been around about a year, but Jaguar is yet to reap the benefits of the the new, outstanding XJ. LR's next big sales injection will come from the new Range Rover Evoque and a refreshed Freelander (including a two wheel drive model), both coming out soon.

The problem for JLR now is getting enough engines from Ford. They could be selling even more vehicles but for this problem. Mind you, the kind of problem most car companies would wish for presently. However, I am I the only one who wonders how company the size of Ford cannot crank out a few more engines for JLR? Hmmm.

The bottom line: JLR are roaring ahead with quality product and a favourable exchange shift.
Posted by RayCee at 11:08 No comments: 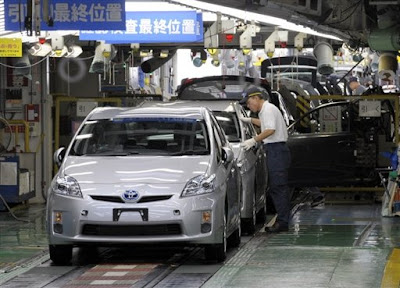 Toyota is moving away from its excess Japanese production which will help it. A stronger share of the Chinese market is essential too.

The bottom line: The once mighty Toyota is looking a little vulnerable.
Posted by RayCee at 10:47 No comments: 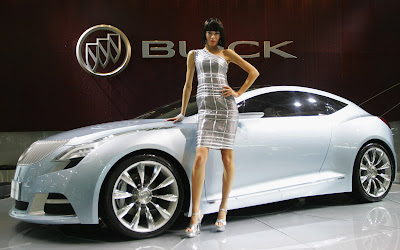 For cars and LCVs (light commercial vehicles), GM remained the worlds biggest producer in 2009, according to OICA. For that year, nearly 5.6m cars and 1.1m LCVs were made for a total of 6.65m. This was 9.7% of the world total (down from 12.5% in 2008) and just pipping Toyota by 0.2%. Of course, there are lies, damned lies and then there are statistics, so any statistical comparison depends on what you choose to count or not.

A nice even spread of production around the world. GM is far from a spent force in vehicle manufacturing and with it's Chinese joint venture doing so well, it now looks to move forward with confidence.

The bottom line: Thanks to China, GM is proving surprisingly resilient.
Posted by RayCee at 07:46 No comments: