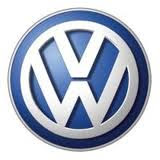 The next four are as follows: 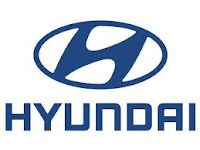 For these, the Hyundai Group has moved four places and now rivals Ford for fourth spot. Its share has improved from 4.6% to 7.7%. Honda slumped badly in '09 and the trend continues for '10.

2010 will see improvement for the majority of brands featured here. The most impressive companies for the 2005-10 period are VW & Hyundai and they will continue to do well.

GM is the big loser, but the worst is over for the General. Toyota grew so quickly (too much so) until '07 and then fell away suddenly, a mistake it now acknowledges. Expect Honda to slip in '10, as it seems to be steadfastly refusing to prop up sales with sharp pricing.

The bottom line: 2010 will be better, but overall things aren't that good.
Posted by RayCee at 20:34 No comments: 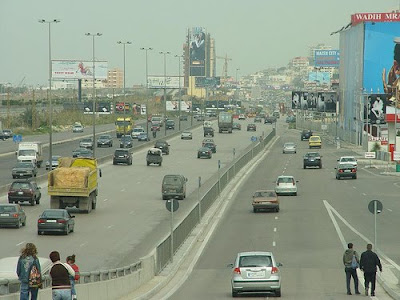 The country of Lebanon has been wracked by civil war, and was badly damaged in a war with Israel. You would think the car market would be limited saleswise, and the economy in a mess. All I can say is the people there must be resilient as cars sell quite well, even expensive ones.

Kia has come from 3rd last year with a massive swing from 12.2% and Hyundai with a healthy gain too, albeit not as dramatic. Toyota is a big loser, with market share nearly halved, down an eye watering 6.5%.
The market as a whole for 2010 looks like it may fall well short of the 32,200 of 2009, but the fact that it is that robust speaks volumes for the character of the people.

The bottom line: The Koreans are taking over from the Japanese in Lebanon.
Posted by RayCee at 16:46 2 comments: 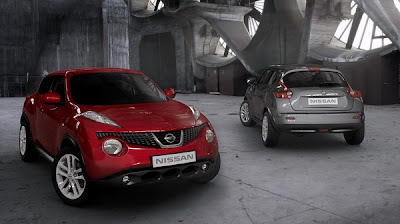 The last UK-built Nissan Micra car is due to roll off the production line. More than 2.3 million Nissan Micras have been built in Sunderland, UK since 1992. However, the production line will switch to making the new model Juke, due out October 2010. Nissan says Juke has already received over 1,250 pre-orders in the UK and over 15,000 across Europe.

The vehicle will compete with the likes of the MINI and Alfa MiTo. The Duke is nevertheless somewhat in niche by itself. While the MINI and MiTo are sporty small cars, the Juke is a small SUV in style. Nissan did something similar with the Qashqai (or Dualis in some markets). The Qashqai was different to the traditional hatchback, and it succeeded with over 700,000 cars coming off the Sunderland production line in 3 1/2 years. Now the Juke pushes the small car envelope, but does it even more so. Being different is a good place to be if you do it well. Nissan did it with the Qashqai and seem to have done that again with the Juke and success is sure to follow.

The bottom line: As with the Qashqai, the Juke is another endorsement for British automotive design.
Posted by RayCee at 17:21 No comments:

Premium Cars On The Up 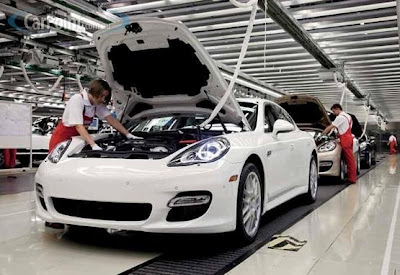 Many of the world's car markets are not strong. There are a few emerging markets doing well but overall it's not that flash. However, the premium sector is doing well. Nowhere is this better exemplified than in Singapore.

The reason may be that the Singapore market's sales are well down overall, but the upmarket brands seem immune to this, for the time being at least. Something similar is happening in other markets such as Germany. In Australia consumer items like cars have been getting substantially cheaper in time taken to earn the money to buy them. For example, today it takes a worker on average earnings just 43 weeks to buy a new BMW 320i, down from 54 weeks of wages just over five years ago. So are more people able to afford to move up to a premium car rather than a mainstream model? It seems so. Markets such as China and India are where the real future growth is as an affluent middle class swells.

The bottom line: So while the world markets struggle, the premium brands are enjoying stronger sales. 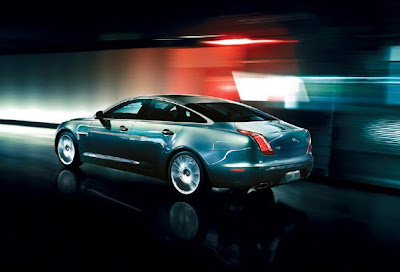 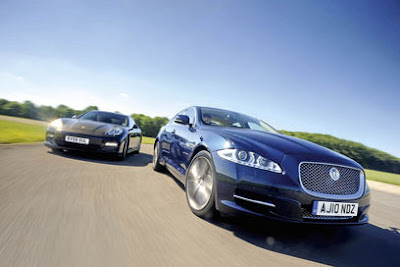 Auto Express pitted the new Jaguar XJ with the almost as new Porsche Panamera. I would prefer to do my own test but haven't quite been able to arrange it. Anyway, To summarise the Auto Express verdict, please read on.

1. Jag XJ
Further evidence that Jaguar is once again producing cars that are desirable, beautifully built and attractive. With its blend of power and refinement, the flagship XJ Supersport will appeal to those who want engaging handling and scintillating performance without sacrificing refinement, class or comfort.

2. Porsche Panamera
It’s hard not to be impressed by the 4S’s array of talents. With folding rear seats and a hatchback body, it’s more practical than the Jag. But the 4WD drivetrain is clumsy at low speed and we prefer the purity of lesser rear-wheel-drive versions. The Panamera is a gifted machine, but comes second.

Of course, any comparison is down to the evaluation of the tester. However, the XJ is getting rated highly by motoring scribes around the world. I've always thought Porsche was for people with more dollars than sense as they are over priced. This comparison is purely about talent and the Jag wins that anyway. Brand loyalty will take many to their preferred marque. However, neutrals with an open mind will almost certainly opt for the XJ.

The bottom line: Jaguar is on a roll.
Posted by RayCee at 11:53 No comments: 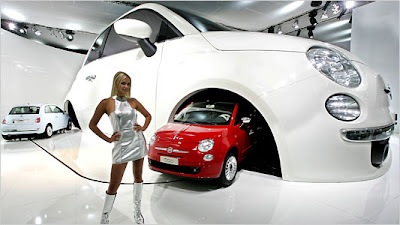 Fiat hasn't been in the US market for at least a quarter of a century. Now it is to return by the end of 2010, selling one model through about 200 Chrysler dealers. Fiat owns Chrysler and is using this to do a 'MINI' and sell a small trendy car to urban dwellers.

MINI worked as it was well marketed and variants were introduced to keep interest. It's also not that small. The 500 won't do a 'MINI' on the US market, and I'm picking it will be a tough sell. Using this as an attention grabber before bringing larger Fiats onto the market may be the way to go, but getting market share will be a challenge whatever Fiat does.

SAIC Production In The UK 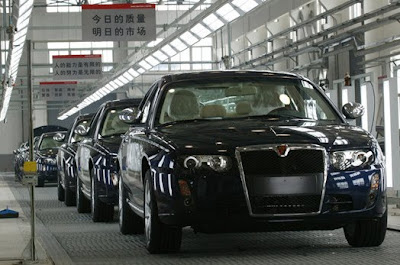 To know of how SAIC's car production plans for the UK came about, a little history:
SAIC is a massive car producer in China, that makes GM and VW cars as a joint venture operation. It is the largest car maker in China. It bought rights to certain Rover models in 2005. However, tiny Nanjing Auto outbid SAIC for the MG Rover Group itself. Nanjing planned to build cars based on the MG ZT sedan, and MG TF convertible sports cars. Plans for UK production were announced too. In reality, Nanjing would struggle to achieve these goals, so with coaxing by Chinese authorities, it merged with, or perhaps was absorbed into, SAIC in 2007. 250 staff were initially employed in the UK, and production of the limited edition MG TF LE500 sports car commenced in August, 2008. The MG brand is owned by SAIC, but the name Rover is not, therefore the name Roewe was chosen for cars it builds based on the Rover marque. The name Roewe is pronounced as 'rone-way' in English.

According to the BBC, a £5m design studio and technical centre for MG models has just opened at the former Longbridge site in Birmingham. The MG Motor UK complex will become the company's global design headquarters and employ 300 designers and engineers. The MG6 fastback will be built in the UK later in 2010 and it will be followed by a saloon version next year.

What I like is the ongoing commitment by SAIC to produce vehicles at the spiritual home of the cars they now make in China, at Longbridge. The designs are contemporary and they will sell with a strong dealer network, if priced right. There is much work to be done to make the Roewe a success in export markets such as the UK and Europe, but SAIC are determined and who would bet against them?

The bottom line: Could you see a SAIC Roewe or MG in your garage? 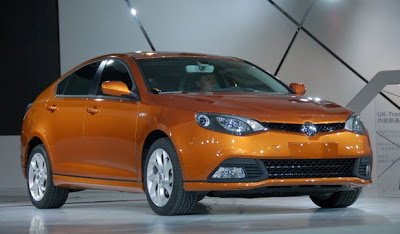