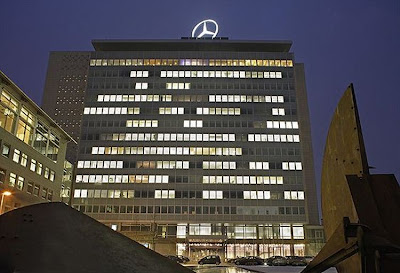 According to the article: www.just-auto.com/article.aspx?id=103807&lk=dm, Daimler has escaped criminal charges in a US investigation into the firm's bribery practices.
The company has admitted to making hundreds of improper payments worth tens of millions of dollars to foreign government officials in at least 22 countries between 1998 and 2008. The bribes included cash and gifts to help secure government contracts worth millions of dollars in countries including China, Russia and Iraq.
Department of Justice prosecutors are recommending a USD93.6m dollar fine (on top of a similar sized fine imposed by the SEC) for the company - which has pleaded guilty, fully cooperated with the investigation and apparently mended its ways.

It's been going on a lot longer too. I recall many years the ARA (Auckland Regional Authority) sending a man over to Europe to buy a fleet of buses for Auckland City, NZ. He bought very expensive Mercedes Benz ones and on his return promptly resigned under a cloud of accusations about his decision. I do not know how widespread this practice is but Daimler has either been unlucky or an industry leader in winning contracts unfairly with this sort of behaviour.
Simply put, corruption is a blight on human society. Someone has to pay for it and in the Auckland case, it was the city ratepayers. Let us hope Daimler have truly mended their ways.

The bottom line: Companies must win contracts with the best products and prices, but not the corrupt way.
Posted by RayCee at 18:25 No comments: 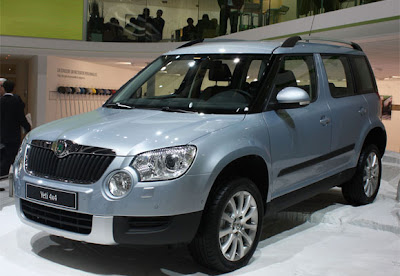 In Germany, Škoda's second market, sales were up 44% to 162,000 units sold. Profit plunged 57%, due to selling more small cars which have lower margins and "measures to support sales". That last comment - without the spin - effectively means reducing prices to keep factories running.

Like most other car makers, Škoda is looking eastward to markets like China, India and Russia for growth. The marque mainly sells in Europe and China. There are vast areas of the world who do not get this brand but it is doing well where they are marketed.

As for the cars themselves, some models are conservative and others a little different, but that can be a good thing. They benefit greatly from sharing costs with other brands within the VW Group. The range is expanding and I expect that Škoda will have a good 2010.

The bottom line: Škodas are much better than they used to be and continue to improve.
Posted by RayCee at 09:04 No comments:

You may not have noticed the difference between reliability and customer satisfaction surveys. I didn't until I gave some thought to the subject. One counts faults on a car and the other rates how happy the buyer is with their car.

Reliability Surveys: We all want a car that is flawless but they are complex machines to build and so things go wrong. Therefore, such a survey must be important, right? In my opinion wrong. Firstly, people will overlook car problems if the dealer is polite, friendly and efficient when handling any problem. Fact: A customer is more likely to buy a certain brand of car again if the dealer fixes problems with good service, than they would with a brand that never breaks down.
Also, these surveys do not differentiate between types of faults. A sticking cup holder is a nuisance but a failed transmission may set off alarm bells, especially if it is a common problem. Two minor flaws over a warranty period wouldn't worry me but it counts as two faults. One major breakdown such as a transmission failure would be counted as only one fault. Yet the latter fault is so much worse. So for the two reasons I've just mentioned, I have decided to ignore reliability surveys. 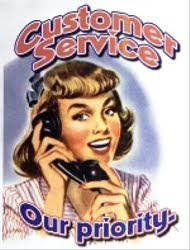 Customer Satisfaction Surveys: These let you know how customers feel about the vehicle they own. It would cover not only reliability but the whole ownership experience. If owning a particular car leaves the customer with a good disposition toward it, that means a lot. A positive or negative rating for this survey would affect my opinion.

Reliability surveys can be misleading due to their narrow focus on faults and how they just count them. The customer satisfaction survey tells us if buyers liked the car and therefore whether they will be inclined to buy again. This is the one that matters to me.

The bottom line: Forget the first type of survey and scrutinize the latter.
Posted by RayCee at 06:45 1 comment:

Top In Every Category

To be the best in every category that a car company sells in is pretty darn impossible. Some cars will be at the end of their production cycle and due to be replaced so they will hardly be at the cutting edge of that segment. Also, brands are widening their range, so they compete with too many other cars to be the best everywhere. Some makers have a variable standard of cars in their stable so some will shine while others will not. So no one meets this ideal situation of being top in every category...

Well I think I've found one. It only has three models and two are recent (one very new). They also have a top notch design team to have only excellent models across the entire, albeit small range.
The brand is Jaguar and by looking at each one, you will see why I've reached this conclusion.

XK: It has few competitors as a high speed cruiser. Nothing eats up miles as effortlessly as this sports car. It is a class act and priced to give give it outstanding value against others. Maserati and Aston Martin make similar cars, but don't have the value. It beats the BMW 6 Series for class and Merc SL 500 on value and desirability. Well done for a not so new car.

XF: Comfortably takes out the oh so boring E-Class and bland A6. The new BMW 5 Series is a serious competitor and it would come down to individual taste on this one. I'd take the XF on style and beautiful driving balance in all conditions and speeds.

XJ: This is the new car and is still finding its way to new markets as I type. Let's be brutally honest here. This car is so much better than anything else, that only biased Germans or those who have badge loyalty will buy anything else. This is the pièce de résistance in its segment. Buy any car that competes against the new XJ and you have wasted an opportunity to have the best. For the discerning motorist, there is no choice. It must be the new XJ or a compromise purchase. Your call.

So there you have it. A car brand that excels in its entire range. The top of the class in each segment it competes. Can it keep that up? I think the quality of design personnel it has says yes.

The bottom line: Jaguar has a narrow range of cars, but what a range!!! 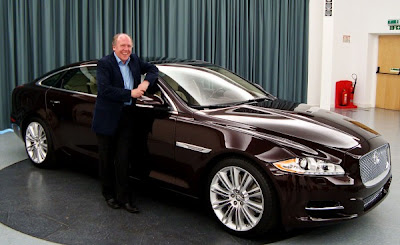 The smile of a winner if ever I saw one. 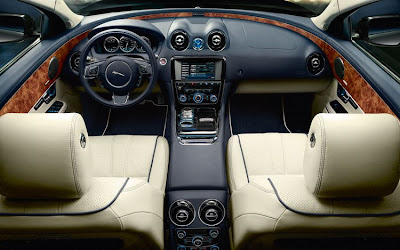 I could spent time here, no problem.
Posted by RayCee at 15:06 No comments:

I am comparing Jeep sales with Land Rover's in three countries, on three continents, all former British colonies. Sales for 2009.

In Canada Jeep outsells LR by 16:1. In Australia, it's about 11:10 for Jeep. RSA has it in LR's favour roughly 2:1. Why the difference? Canada is heavily influenced by big brother USA so Jeep rules but Land Rover should do much better there. Australia has a big LR history and it shares solid support from loyal customers. RSA has a massive LR heritage and this shows in their popularity. So far in 2010, LR sales have gone ballistic in the Republic.

Overall, Jeeps are rough, rugged and uncouth. Land Rover has the workhorse Defender, but the rest of the range is pure class. In that sense, they don't really compete. However, they are the two brands that mean 4X4s, off road vehicles. They both have strong loyalty and both are very successful.

The bottom line:2010 is looking good for both brands, especially Land Rover. 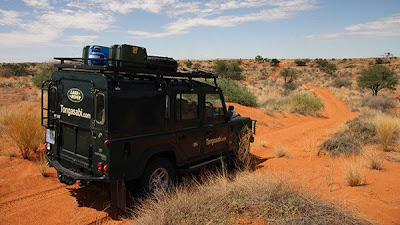 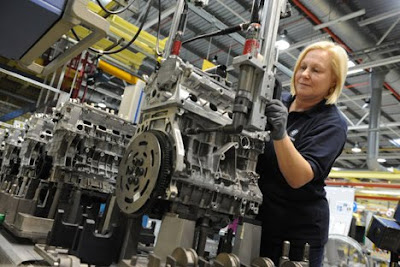 MINI UK has now made 2 million engines since 2001, when production started at Hams Hall, North Warwickshire. MINI used to get its engines from a joint venture plant with Chrysler in Brazil. So it initially made four-cylinder petrol engines for BMW vehicles only. However, in 2006, Hams Hall started making petrol engines for the entire range of MINI cars also. Production since 2001 has been as follows:

Approximately 800 workers send engines to the MINI plant in Oxford, plus to BMW plants in Germany, Austria and South Africa, The new BMW X1 is the latest vehicle to take the UK sourced engines. With MINI car production currently being scaled up to meet increased demand, the factory will only get busier.

The bottom line: Now if only the makers of Mercedes cars would put something back in to an economy that it sells so well in.
Posted by RayCee at 13:47 No comments: