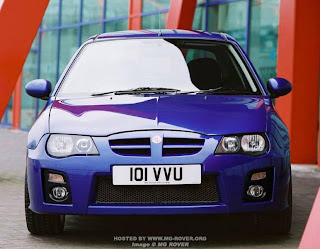 Once upon a time BMW decided it needed to expand its interests, like many other car companies were doing. It saw MG Rover as that timely expansion. MGR was a small company with a successful tie-up with Honda. The major shareholder was BAe and Honda had a minor share. MGR shared much with Honda, crucially platforms. Its success depended on the costs saved. BMW bought BAe's share of MGR and looked forward to the continued joint venture between MGR and Honda.

However, BMW didn't ask the very private Honda if it wanted BMW's involvement. Honda didn't mind BAe, as it was an aerospace company and its technologies were of no interest to it. BMW was a different kettle of fish. Honda didn't want a car company involved and pulled out. BMW's cars are rear wheel drive so platforms could not be shared with MGR's front wheel drive range. MGR was too small to stand the cost of designing platforms for just itself. Without the cost savings of the Honda joint venture, financial losses followed and BMW showed little patience.

BMW was too proud to admit mistake of not checking with Honda before acquiring MGR. It instead poked fun at the sick 'English patient'. MGR was fine when they bought it, but it was now a liability. However, BMW didn't want to be the company that crashed MGR, so they worked out how much money it would cost to wind it up and paid that amount over to the new owners, some former managers. It seemed they wished MGR well. Ah, but they took the plans for a new model with them (which was nearing completion) back to Munich. It was of no use to them, but essential for MGR's survival, as a new car was desperately needed. The new owners had neither the time nor money to do a new car. Thousands of workers lost their jobs and a piece of motoring history ended. BMW should have stood by their mistakes and put it right. Shame on you BMW.
Posted by RayCee at 10:11