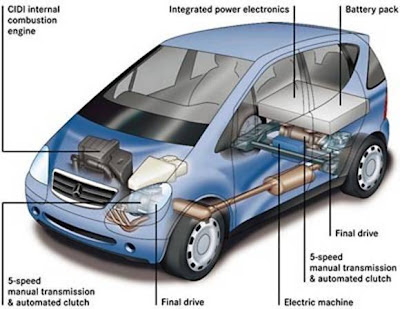 I was reading about new hybrid cars, how they will revolutionise the propulsion of cars. It seems that electric cars do not have the range people want and battery producers would have trouble making enough batteries anyway. Hydrogen needs a fuel distribution system in place and require a large tank fitted to hold it. Ethanol is less efficient than petrol per litre and in pure form does not like cold starts. I presume that is why it is often mixed with petrol. Simply put, petrol or diesel are superior to anything else. They deliver energy at a reasonable cost, with minimum storage required. It does however pollute and supply is running out.

Hybrids have electric power for around town and an auxiliary petroleum motor that switches on when needed, to create electricity if greater range is required. I guess it will extend the supply of petrol a bit, but as solution, it seems short term at best.
Posted by RayCee at 07:49 No comments:

Cars sometimes get treated unfairly whilst others get nothing but good said of them. When the Jaguar X-Type came out, it was criticized by the British press for using a Ford platform. Audi share platforms with Skoda, but the same journalists remained silent on that. What hypocrisy from the British media, a group I distain immensely anyway.

The X-Type was a car to take Jaguar from a boutique brand to a volume marque. Owners Ford were in a hurry to achieve this, but that was a mistaken policy. It takes years of steady increases to become a volume player in this segment and Ford did not understand that. They hurriedly pushed the car into the fleet sector in the US to get the desired sales quickly. So although sales were good, profits were not. It also damaged residual (used) values, which put off private buyers eventually.

So in summary, the X-Type was a pleasant looking, if a little uninspiring, car. It was well made and proved very reliable, helping Jaguar win customer satisfaction surveys on a regular basis. Of the other premium brands, only Lexus went close in such surveys and the renowned German brands were well beaten. It will continue to please those not so concerned with snob value, but rather the discerning motorist who appreciates understated elegance. 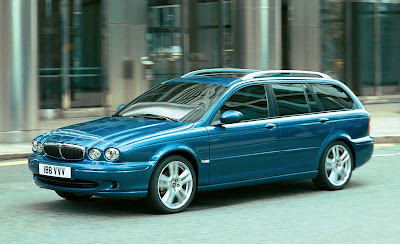 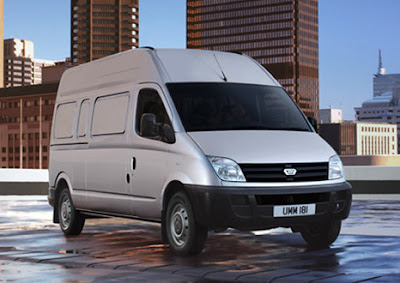 LDV make vans. They were originally part of BLMC, and ended up a specialist van maker all on it’s lonesome. Then current owner Russian Oleg Deripaska, who also owns GAZ, Russia’s second largest car producer, bought it and things looked rosy. The financial situation has since soured and LDV has been badly hit by recession in Britain, which is where it sells nearly all its vans. LDV suspending production late last year. Now Oleg is not doing well either and it looked as if LDV was to be cut adrift, finally going to the wall. It’s hard to see how they could survive, as they only made about 9,000 vans in 2008, simply not enough. About 800 people are employed at LDV's Birmingham factory and about 1,200 people employed in dealerships. The west Midlands has high unemployment already and this was to be another blow.

Then Malaysian vehicle importer Weststar has agreed to rescue the van maker and the UK government said it would offer a bridging loan to facilitate a deal. LDV announced a partnership with Weststar in 2007 in which Weststar assembles and markets LDV's MAXUS vans in 20 countries in Asia and the Middle East.

There are too few smaller companies these days and it would be good if they could make a go of it. The future for a small player must be as a niche vehicle maker setting the trend in a specialty area such as hybrid or electric vans. I do not know how many lives LDV has left.
Posted by RayCee at 18:47 No comments: