Nothing Mini About MINI Sales In 2007 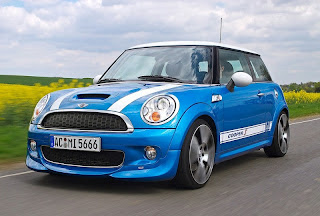 2) The USA started selling MINIs in 2002 and it was apparent even then that Americans would take this car to heart. It became the third largest market in that first year, then took the #2 spot in 2003. #1 was achieved in 2006 as it lost few sales in that refurbishment year. Although 2007 was a good year again, a 3,000 sales increase was only good enough to slip back into 2nd spot, with 42,000 sales. It has a some climbing to do if it is to regain #1 slot.

6) Japan fell back a place this year despite a 1,000 sales gain. The way MINI sales are going elsewhere, that was always on the cards. In fact, unless Japan gets it’s derriere into gear, it may drop another spot next year.

7) Spain has always posted increases in MINI sales but 2007 was a bigger than usual increase. 2,200 more to 11,650 to be precise. Another good year could see it shake off it’s usual #7 spot and see it go one better.

8) Belgium bounces around from 10th to 8th but 2007 saw it take back 8th spot again at the expense of Canada. A 600 unit improvement to 3,700 was the reason. Realistically, #8 is as good as it will ever get as the gap above is beyond such a small market. Long term, expect Belgium to be overtaken by bigger nations

10) Like Belgium, Switzerland over achieves in being #10. Although the Swiss have never been out of the top 10, that will have to happen sooner or later. Still 3,500 sales (up 750) was impressive. 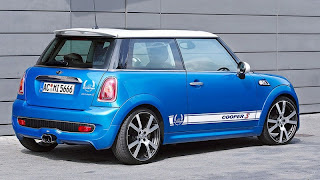 The Ryton Car Plant was in Warwickshire, bordering on a small village named Ryton-on-Dunsmore. It was originally built by the Rootes Group around 1940 to build aeroplane engines during World War II. The Rootes Group got into financial difficulties in the 1960s and Ryton was taken over Chrysler. I had a Hillman Avenger, a car from that time. It was a GLS Alpine (see pic below, Alpine just as mine on right). Red with a black vinyl roof! It was a top of the range model and it had the best seats I ever sat in in a car. My brother had a Hillman Hunter as a company car and it they were both quite good vehicles.

Chrysler in turn got into financial troubles itself and Ryton came under Peugeot Citroen control in 1978. In 2006, Peugeot decided that the Ryton plant would close, and it did in December 2006 and the site was sold for industrial purposes. Peugeot decided they would rather build cars in Slovakia as labour costs are lower there. Ryton’s good record both in increasing productivity and in industrial relations was no match against that. But equally, unlike workers at other Peugeot plants in France and Spain, it is relatively easier to sack them. I think public apathy is an issue too.

Has Peugeot sales been affected in the UK? No, in fact they have increased market share slightly since the closure. A few years ago Ford was going to move Mondeo production from the Genk factory in Belgium to Halewood, UK. Such was the militancy and sabotage form the Belgian workforce that Ford backed down. Maybe the British feel that just wouldn’t be cricket.

Manufacturing isn't that important in western countries now and such factory closures don't seem to have the impact on the economy as you would think. The French really protect their market but the economy isn't that robust as a consequence. So does Ryton's closure matter? I don't really know, but for the workers and the local community at least, it must have been difficult. 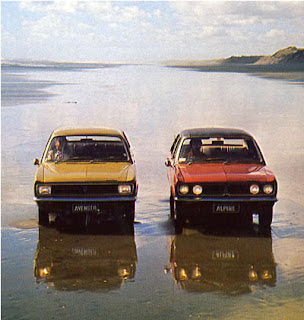