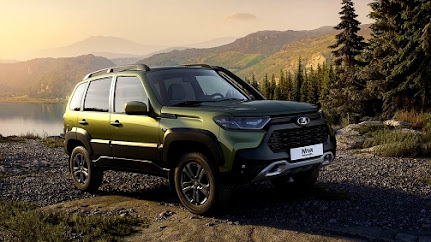 Sales for the three months of 2021 are the same as 2020. As Lada relies almost entirely on the Russian market, its fate is determined by the vagaries of what happens in that. The Xray compact crossover had a nice upturn in sales and the Niva arrived.

The Niva was a Chevrolet that was made in a joint venture arrangement with AvtoVAZ but GM left the market and Renault took the Niva over during 2019. After a year of being sold as the AvtoVAZ Niva, it was then integrated into the Lada range at the beginning of 2021.

I assume if there was genuine export potential, that would be exploited but as Dacia fills the bargain basement space most effectively so there is no point in cannibalising sales within the same company. The two brands have recently been brought under the same business unit to create and leverage synergies. Makes a lot of sense.