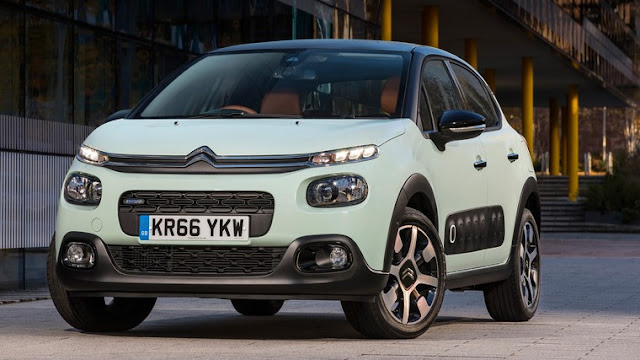 Citroën has been going through a readjustment over the last few years. As profit has been given priority, volume has dropped. I applaud this initiative as it is what a sustainable business is based on. The data below includes the DS range which is coloured purple to differentiate it from Citroën branded models. LCVs are also included.

A drop in production of 9% was recorded in 2017, the third consecutive numerical loss and the largest of the three. It looks bad, but inspecting sales by region indicates all the fall is the China/SE Asia area. Citroën has a history of success in China but that appears to be changing.

The DS range was created to add a premium range to the PSA company as it is a more lucrative segment to be in. It hasn't gone well so far, partly because it takes more time to establish a premium brand's reputation. That said, the DS7 that was just released at the end of 2017 looks promising.

It's a tough market, especially in Europe where most of Citroën / DS cars are sold. Making money while keeping factories gainfully employed is a balancing act. We watch with interest as PSA walks that tightrope.