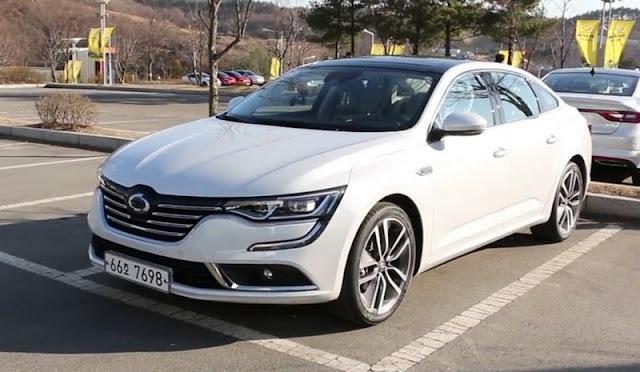 The Samsung brand is a conundrum. It is only used in Korea and is not very big there. It's models are based on those from the Renault Group so development costs are reduced. However, it's hard to see what the brand's future will be. If sales hold up in Korea, then it could conceivably remain a Korea only marque.

The SM6 is a large car (based on the Renault Talisman) gave sales a spike in 2016 and commands 40% of the total sales. The QM6 crossover (Gen II Renault Koleos) had a successful 2017 with sales up 82%. The small QM3 crossover (Renault Captur) is on a downward trajectory but at least the medium sized 4-door SM5 (Renault Lattitude) picked up a little. Fifth in sales numbers, the SM3 compact 4-door car (Renault Fluence) seems to be losing its influence. Lastly the SM7 is a stretched version of the SM5, confusingly called the Talisman in China. It's slightly longer than the SM6.