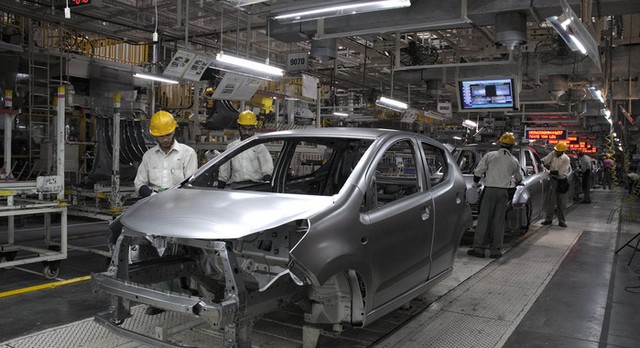 India has one of the most protected markets in the world. This enables manufacturers to have the domestic market to themselves while exporting to countries that don't have a car industry to protect themselves. It's a common policy you find among many Asian nations and works well. Almost 4.5 million cars and CVs were made in 2016, up 8.8%.

Passenger Cars: Total volume was almost 3.8 million, an increase of 8.9% for the year. Suzuki makes over 40% of them, an amazing share to hold considering how many companies are vying for their cut. The Nissan figure included the Datsun brand. Premium marques are not included, either because they don't release the data or the local content is insufficient.

CVs: Tata is the king of the commercial side of things, with 44.8% of the total. Another local company, Mahindra claimed a quarter.