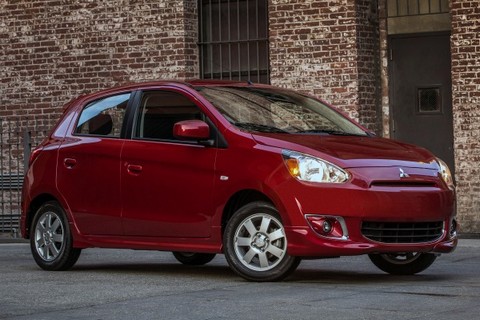 Mitsubishi Motors was recently taken over by Renault-Nissan. It had been through a scandal to do with fuel consumption figures and it was struggling anyway. The company will benefit with new arrangement and ensure its future success. I did a 1997-2014 series that can be found under the label Brand-Mitsubishi link to right of the screen. Now to add 2015.

The numbers come from MMC and are interpreted as best I can. There are model swaps and joint ventures that have to be negotiated. I try to keep it to the Mitsubishi brand only. It's not always clear how to adjudicate on what is presented, so it is close to being - if not entirely - accurate.

Cars/MPVs: In 2015 they accounted for 41.1% of total production, down slightly from 41.6%. Total production was lower tot he tune of 6%. Cars do not offer high margins, especially smaller ones so the numbers here are surely not sufficient to be profitable. The best model (Mirage) is third most produced overall.

SUVs: This is the area that has presumably kept MMC afloat. More profitable and an area that the company did well to get into when it did. Numerically, the 40.3% share is about the same as cars and a 3% gain had this category up from 37.1% in 2014. The top two models are included in this segment.

LCVs: With production down 17%, share of the MMC total fell from 21.3% to 18.6%. A new model Triton came in this year but didn't fully impact on the figures.

All up, production was down 5%, to just under 1,145,000. That isn't enough for an independent company so Renault Nissan will eventually provide cost savings that should be mutually beneficial. Hopefully this sort of data will be available for future years.