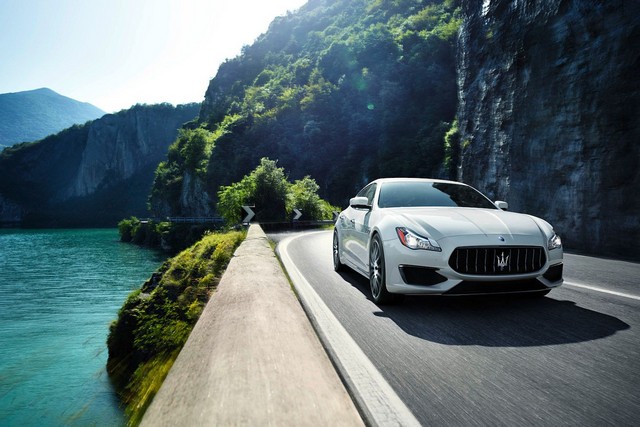 The trident marque made 6,200 cars in 2012. That was quite a high figure historically. However, things changed in 2013, for the better. The 6th generation Quattroporte large car arrived and on top of that the 3rd Ghibli mid-sized model was also introduced, different from the grand tourer that bore that name in the 1990's. It went from being a 2-door coupé to a 4-door car, widening the vehicle's versatility and appeal.

So for 2013, the production numbers were up to 19,000 and 40,000 by 2014. Obviously the lower priced Ghibli was mainly responsible for the higher volumes. The initial surge was followed by a dip in 2015 to 29,500 units made. The new Levante SUV is coming out now and 30,000 sales are anticipated in 2017, so that will give production another spike. It would surely take some sales off the other models but overall a solid increase can be anticipated.