Honda decided to launch a premium marque in 1986 - Acura - basically for the North American market. It has been sold in a few other nations but in a limited way. It doesn't even sell in Japan, although there was a plan to do so in 2008 but not carried out. Vehicles are made in Japan, the US and Canada. 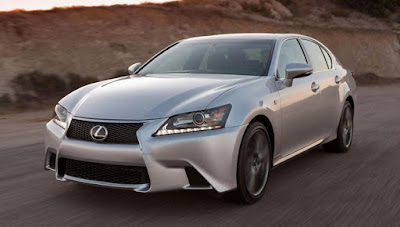 Toyota followed with the Lexus brand and a similar objective. However, it became an international marque sold in over 70 countries. It was introduced into Japan in 2005, while before that Lexus cars were sold under the Toyota brand. Vehicles are made in Japan and Canada.

Nissan was last to join the action with its Infiniti. It aimed at North America and some other lands, but the latter with not much gusto. It is not offered in Japan but models are sold as Nissan cars instead. Recently the focus has shifted to expanding Infiniti, with production in China and the UK in the beginning and end of 2015 respectively, in addition to existing production in Japan and the US.

Below are the three marque's sales in the USA from selected years.

Chart summary: Acura was first in during 1986 and had most of the sales early on as you would expect, but it's share has reduced since. Lexus soon went past Acura and has stayed well in front. Infiniti has always been the smallest of the three and in 2014 still only had 20% of the Japanese premium sales in the US.

Progress. None of the brands here have gone the way of more models in every niche conceivable. There has been a cautious approach to any global aspirations too. I associate the Japanese car industry as proactive in marketing but in the premium area a lack of that has been shown.

I see Lexus slowly increasing it's model range and markets it sells in. Slow and steady.

Infiniti will be much more active in expanding, as it is clearly an under-utilised asset for Nissan and management want to change that. It will be a challenge to take market share in the premium arena but can be done if handled well.

Acura wants to make more exciting cars but otherwise seems happy with the status quo. Will Infiniti inspire a change of thought?

PS. In a brief pool taken on the site had four people preferring Infiniti, two Lexus and none Acura. A small sampling but I was surprised the smallest of the three won. Perhaps the push by the owners of Infiniti is lifting its profile.
Posted by RayCee at 14:01