Early cars used various fuels but those motivated by petroleum products took control. Once fuel stations were set up cost, convenience and abundant reserves meant no other fuel type could compete. The negatives are inefficiency and pollution. The only thing petroleum still offers is convenience, so where next?

Electric is being pushed in some places as a cost effective, abundant alternative. It falls down on convenience and range anxiety. Battery production/disposal is very polluting too, not to mention certain ways electricity is generated such as through coal. It has a place in low mileage commuting. 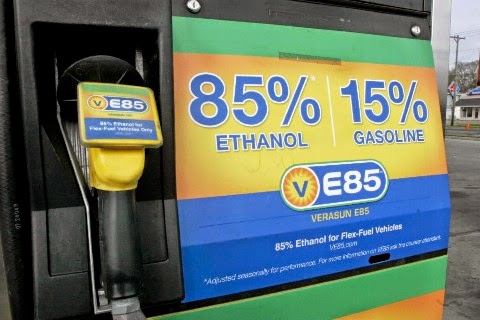 Ethanol is fuel that is alcohol derived from sugars in foods. It isn't too expensive and provided enough raw material is produced, supply is good. Some question using foods that animals and humans need to make the fuel. The earth can produce much more food than we use currently so I don't see this as an issue.

There are problems with handling ethanol due to it absorbing water. It doesn't start in cold temperatures so has to be blended with petrol in such situations. It takes about a third more fuel volume than petrol to go the same distance too. Therefore I would have to say it scores average with convenience. It is overall quite good on the environment, but harvesting is rather fuel hungry. I cannot see it as any more than a partial solution.

Another option is the hydrogen fuel cell. A fuel cell converts fuel into electric energy. With service stations set up to supply the hydrogen, then fuel cost, convenience and reserves of the fuel should all be met. The tank to store hydrogen would take up a fair bit of room (see right). There is still much debate about the efficacy of hydrogen fuel cell powered cars.

The U.S. Energy Department obviously believe in this technology as it is pushing the building of fuelling stations as can be seen by clicking here. Another false dawn? Time will tell.

I guess it comes down to the idea that personal mobility - as opposed to public transport - is essential to retain in some form. We like the convenience and freedom of the car, but it has many drawbacks. Fuelling them is just one issue. Petroleum shouldn't be wasted on cars, but the alternatives such as hydrogen need to be promoted.
Posted by RayCee at 11:03