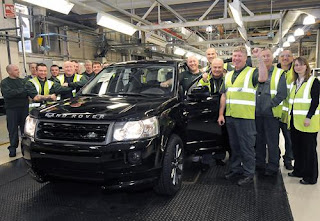 In many developing nations, workers rights are generally limited by the fact laws favour business and there are plenty to take your job if you don't comply. Wages are also low. It was like that once in western nations too, but labour laws were enacted to protect the workers.


There are those that feel that in some countries worker protection has gone too far and it undermines competitiveness. Britain went through a liberalising of labour laws some years ago and but much of the benefit was lost with an overvalued pound. The currency is now weaker and with the more flexible working conditions, building things in the UK is more attractive than many European nations as a result.

Many UK car plants for example run three shifts such as Nissan Sunderland. GM has said it would help it's Ellesmere Port plant to stay open if the workers accept three shifts. They have yet to decide. Jaguar staff at Castle Bromwich, Birmingham were asked to agree to compulsory Saturday work to assist the new F-Type production. The union said it agreed but the workers didn't.

How far should workers go to make building cars in developed countries more profitable? With the economic downturn still with us, making any money is hard for mass produced brands. In Jaguar's case, they need to maximise profits to expand their limited range of cars and really take the fight to their competitors. I guess the more workers compromise, the safer their jobs.
Posted by RayCee at 14:44