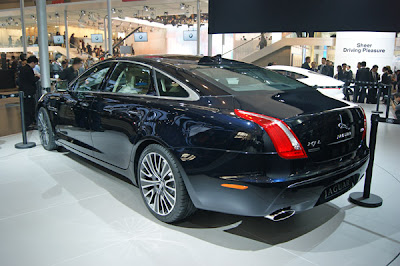 Jaguar Land Rover are entering a joint venture deal with Chinese car maker Chery. I wonder why JLR feel the need to build cars there. They are doing well as it is, unless this move guarantees access to such an important market. Below are some amazing facts about JLR in China.

A web marketing campaign for Evoque quickly had 7,000 orders for the car. Nearly 4,900 Evoques were sold in the first quarter of 2012.

Number of dealers: 89. A new dealer opens each week.

That is a staggering improvement in sales, even by Chinese market standards. It will be interesting to see if the joint venture will achieve greater things for JLR. I'm sure it will add much to Chery's reputation and possibly its own branded products.

PS. JLR now accounts for 20% of all the UK’s exports to China.